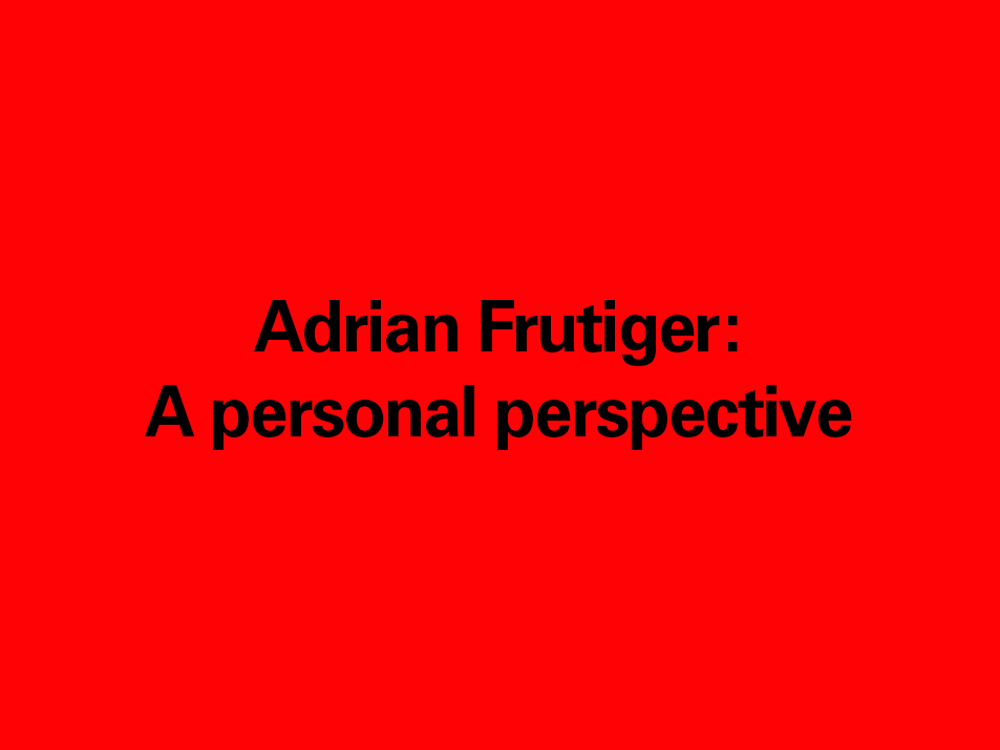 This is something I’ve been meaning to post for a while.

Last summer, at TypeCon in Boston, Adrian Frutiger was honored with SOTA’s 2006 Typography Award. (Mr. Frutiger couldn’t attend, but several SOTA board members travelled to his home in Switzerland to present the award to him. More about it here.) I was among the people who gave a presentation during the ceremony in Boston. The others were Akira Kobayashi, Bruno Steinert (both of Linotype) and Mike Parker (formerly of Linotype), who each shared personal anecdotes; and Tiffany Wardle and Jon Coltz, who shared the stage in a deeply philosophical rhapsody.

I was asked by SOTA to say some words about Mr. Frutiger, even though, unlike Akira, Bruno, or Mike, I had never worked with him, and in fact I’ve never even met him. Even worse, I had never given a talk at a conference before. But Tamye Riggs (from SOTA) pointed out that it only needed to last about ten minutes and that it would be nice to get a perspective from somebody who was not an “insider.” So, I said “okay” and jumped into the deep end.

In spite of my nervousness and minor technical nightmares (“sorry, we can’t change the screen set up to a dual display just so you can read your notes off the laptop on the podium while the presentation plays on the big screen”) it went fine and was well-received.

If you missed it, or want to see it again, I’ve made a PDF from the Keynote document, which can be found here:

If you have a slow internet connection, please note: The PDF is pretty image-heavy and weighs in at 17.6MB.

About the formatting: The text you see at the bottom of the screens is my actual script—the words I was saying while the image above them was being shown. I formatted it to make it easy for me to read and not mess up the phrasing. I know that some people recommend against using a script when giving presentations, but, having never done it before, I couldn’t take the chance.