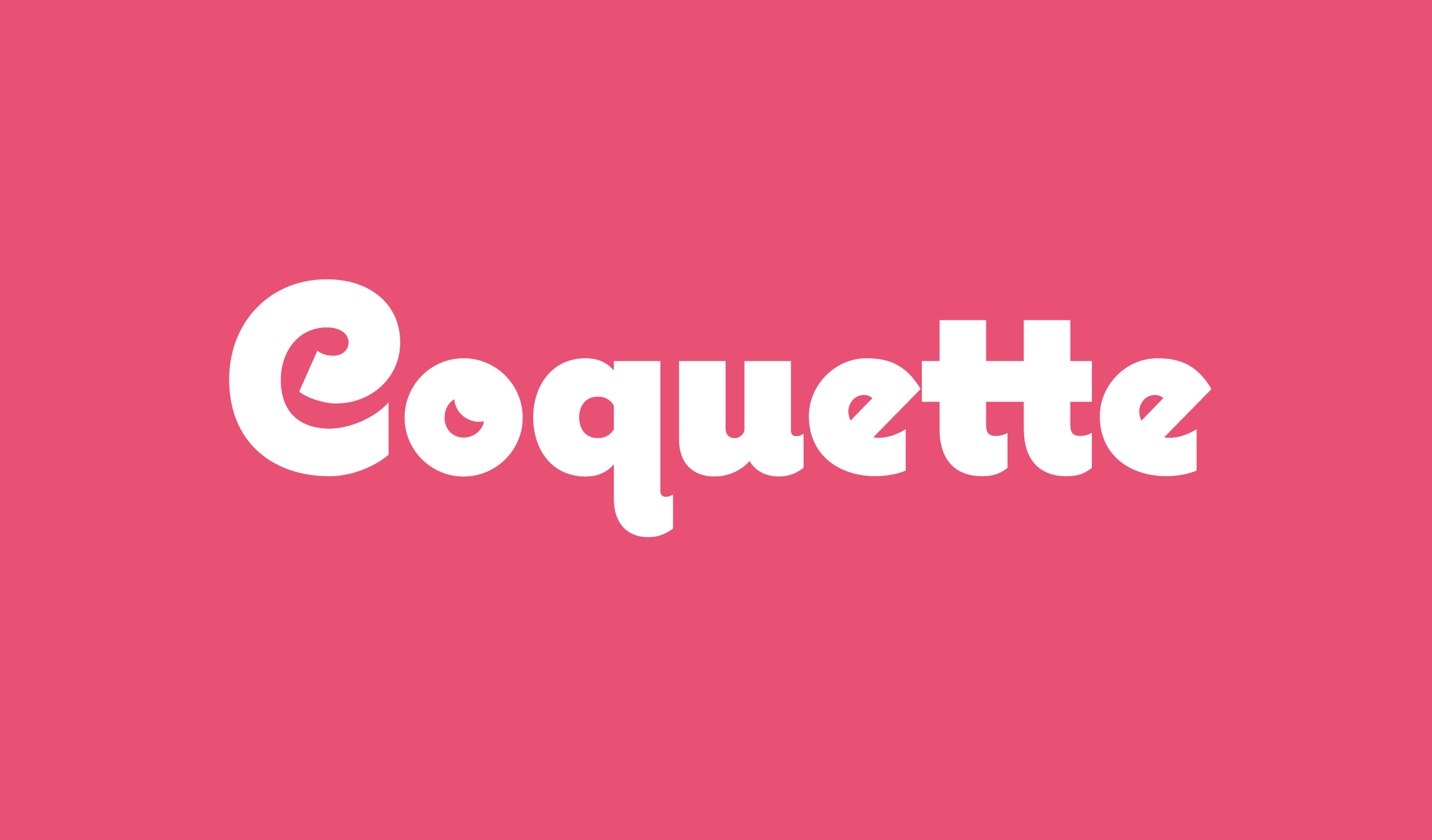 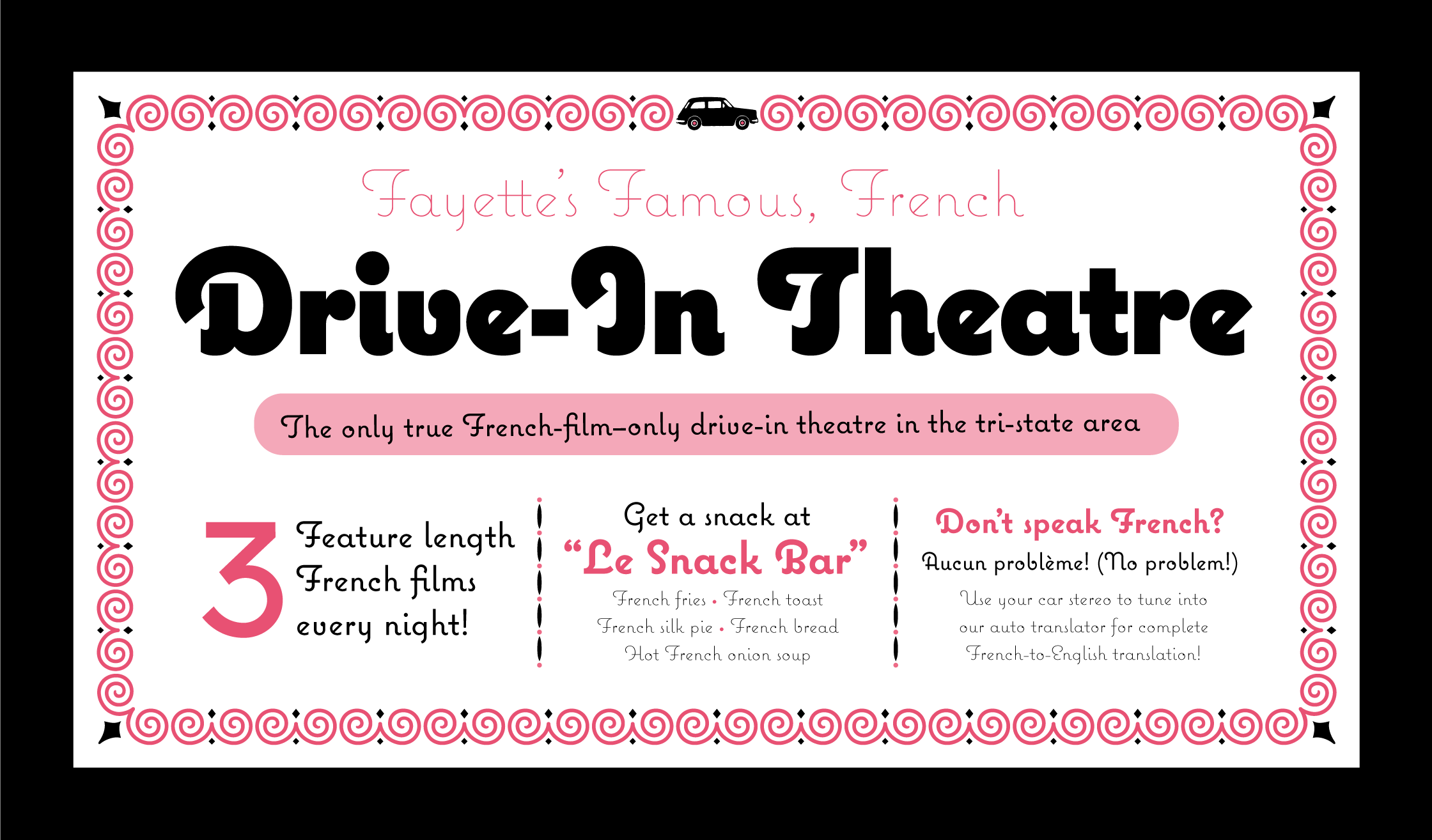 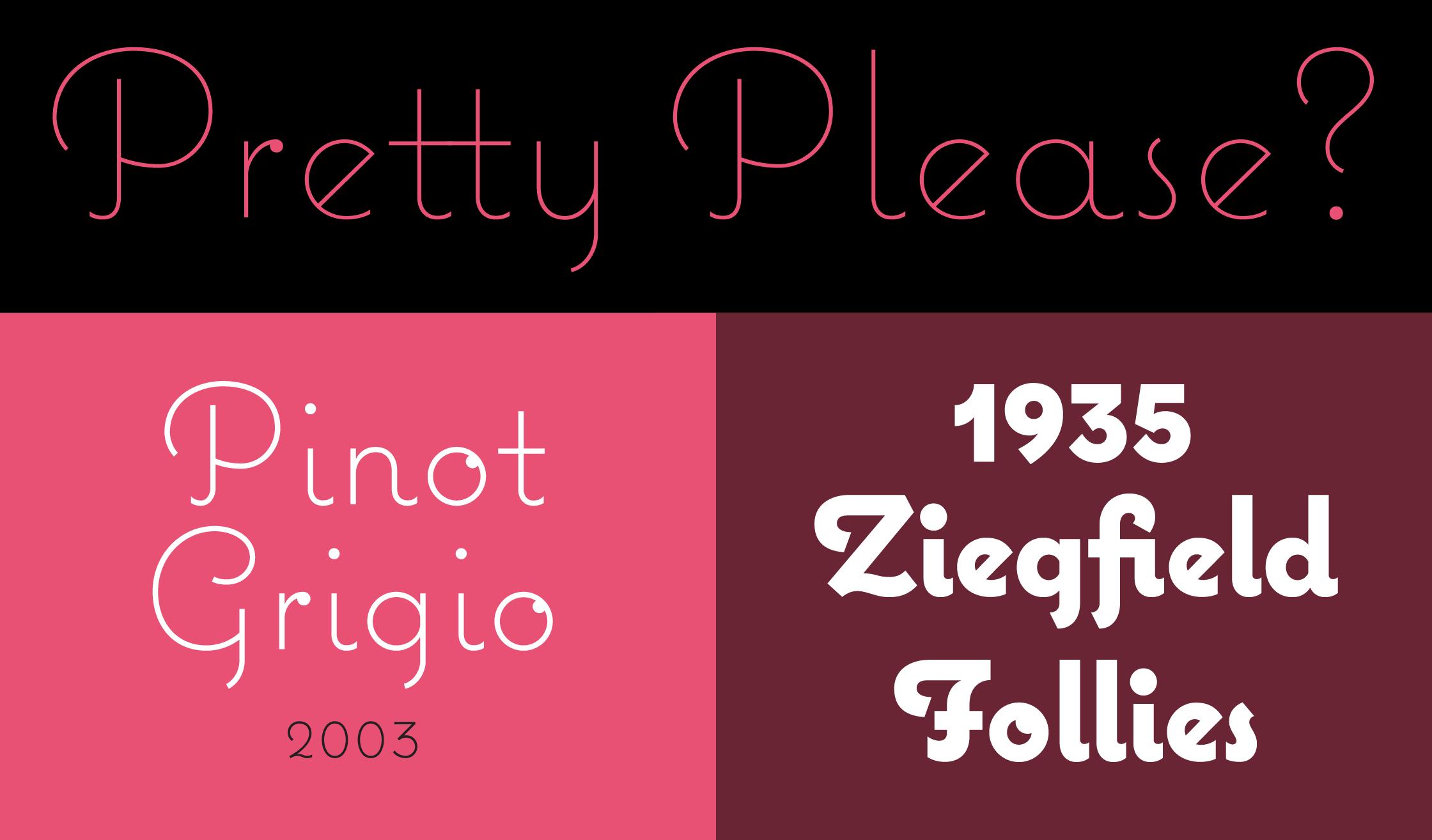 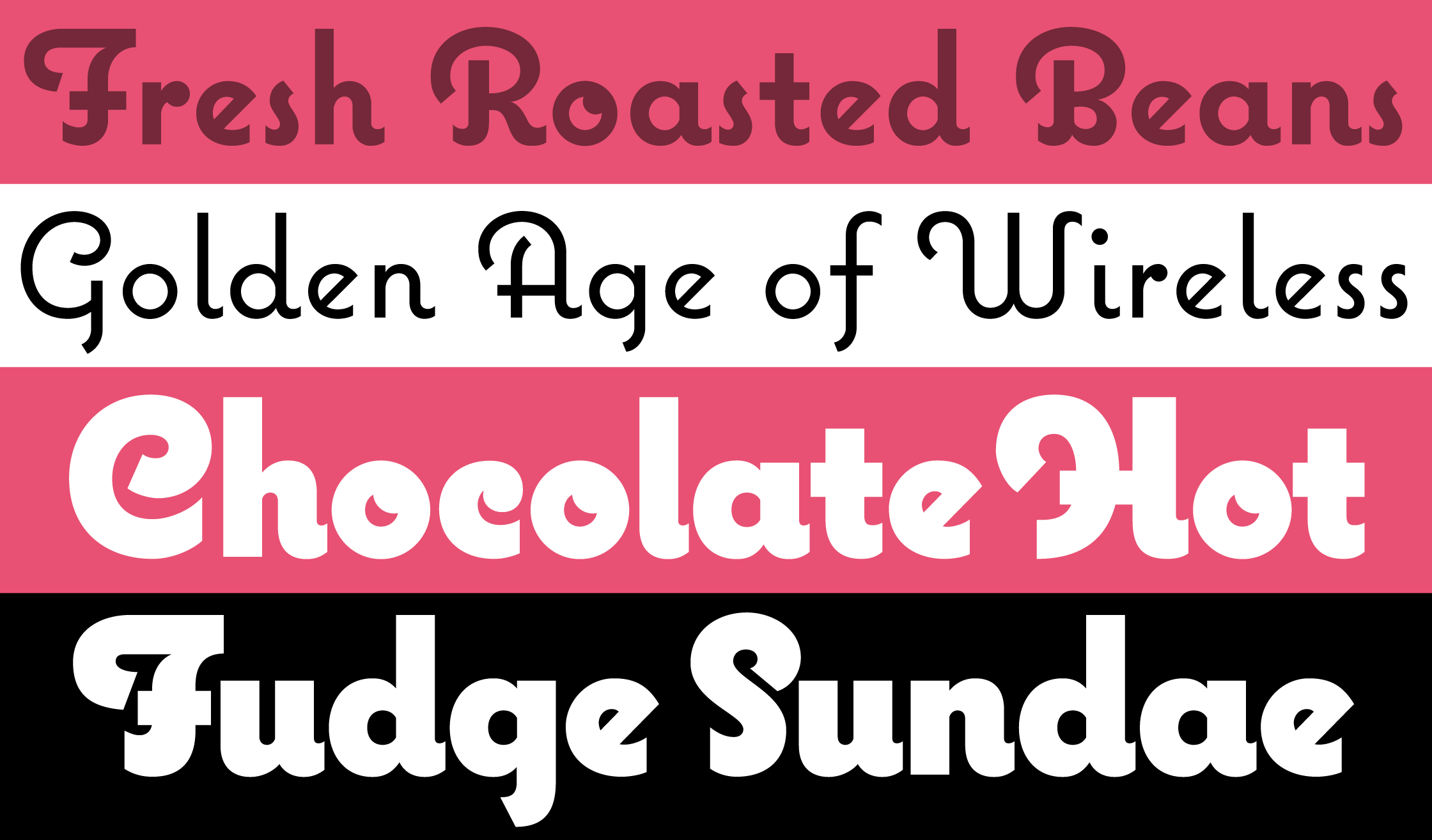 Coquette (2001, 2017) is an unconnected upright script, a sort of hybrid between French scripts, such as Typo Upright, and 1930s-era geometric sans serifs, such as Kabel. The idea for this typeface came to me in the early ’90s while I was designing a logo. It took me several tries over several years to get it to look the way I wanted it to, a process that taught me a lot about type design and drawing letters. Since its release, it’s become one of my more popular fonts, which is very gratifying since it’s my favorite of all the fonts I’ve designed. In 2017, I expanded the original three weights (Light, Regular, and Bold) to six with the addition of Thin, Extrabold, and Black. I also added several alternate characters (lowercase b, o, s, and ampersand) as well as arbitrary fractions, superscript, a full set of f-ligatures, and a bunch of math characters which were not included in earlier versions. 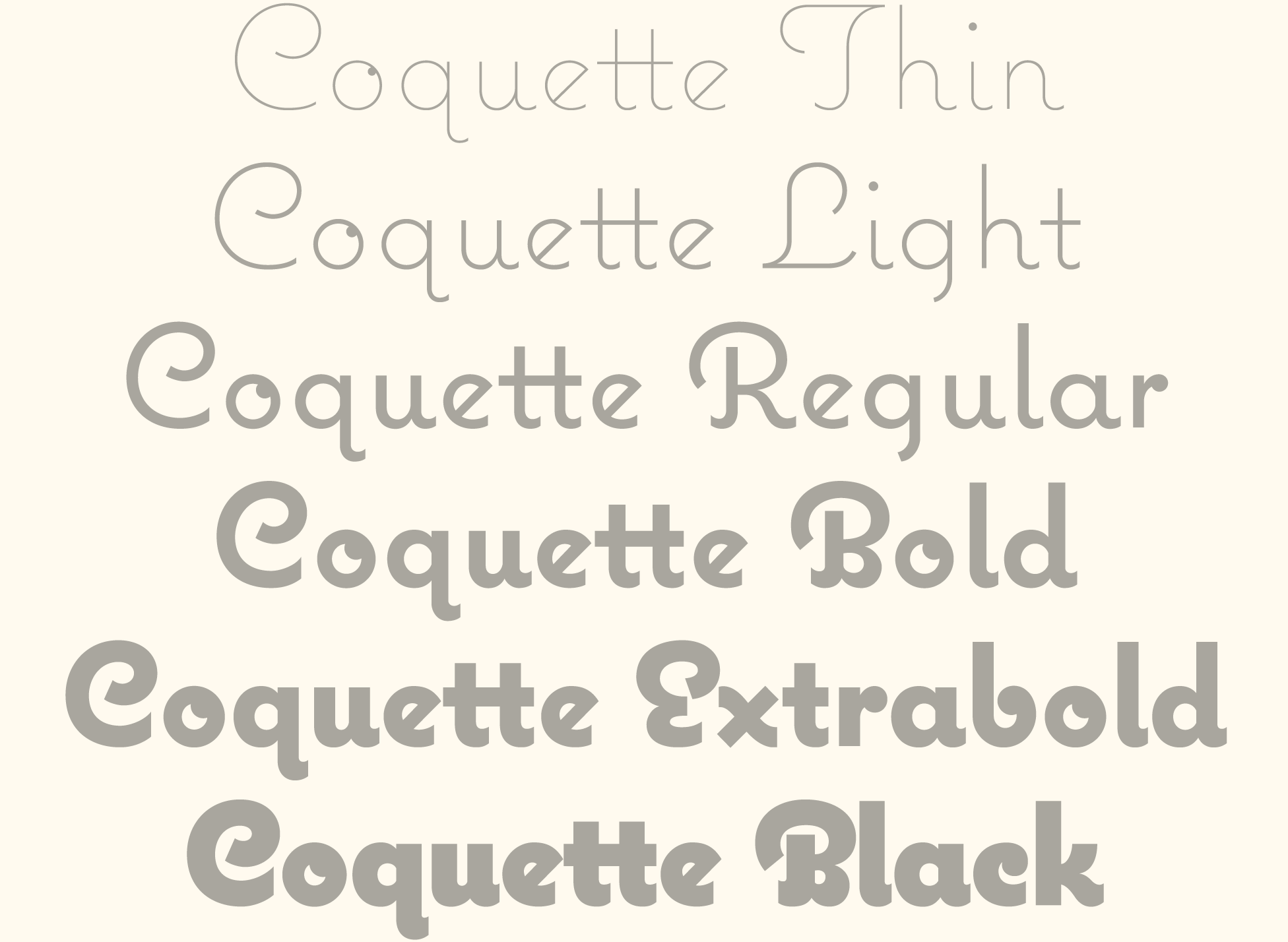