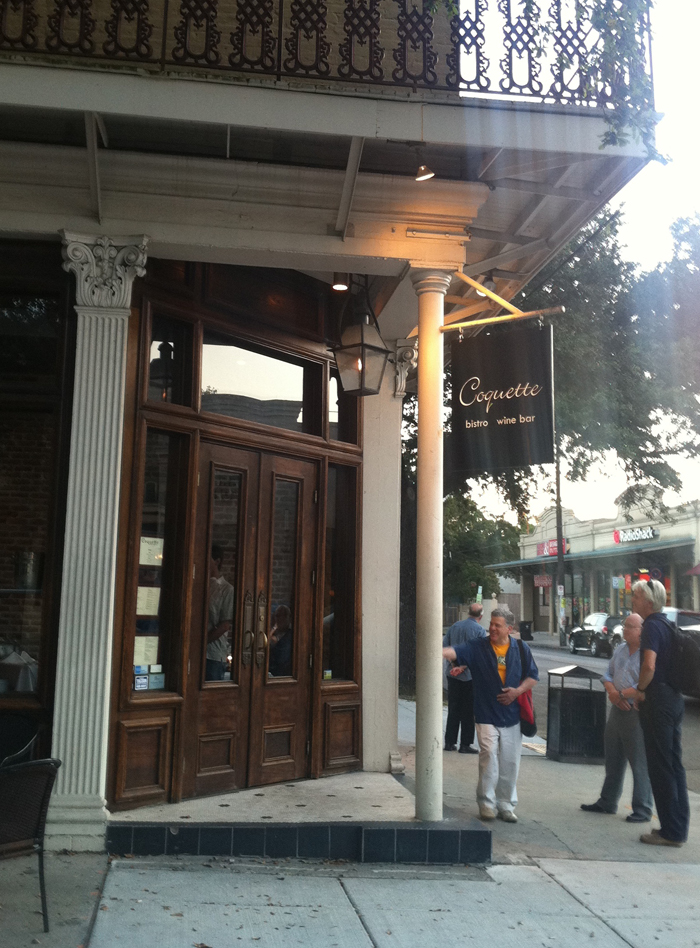 I had one of those moments that only a type designer can have last summer during TypeCon 2011 in New Orleans. After attending a gallery reception at Mystic Blue Signs, a group of us headed on foot in search of a particular recommended restaurant that was about six blocks away. When we were almost there we spotted this: 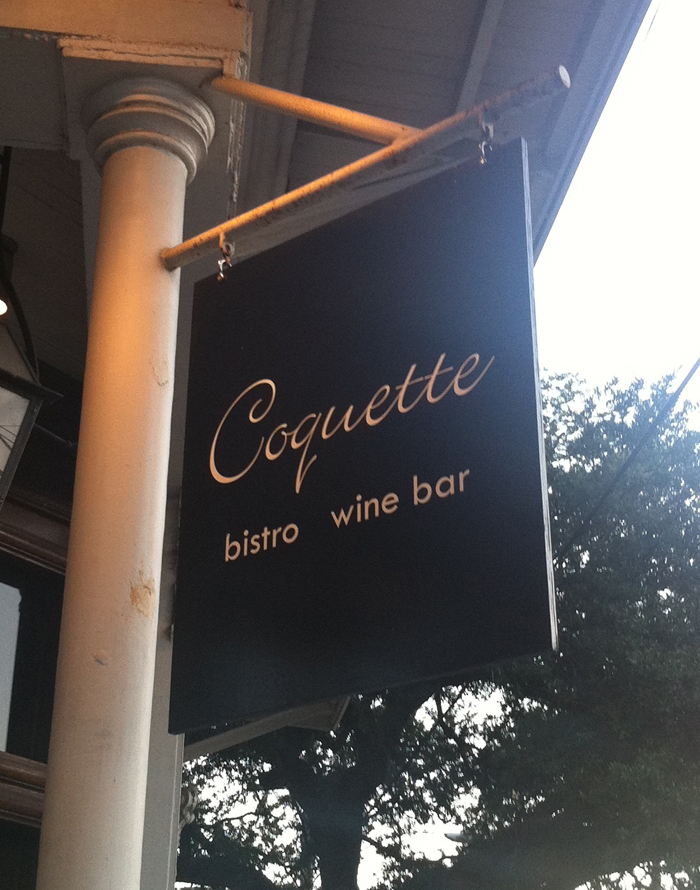 John Downer, who was with us, immediately went inside and got us a table. Normally, we would need a reservation, but apparently the idea that the designer of the typeface Coquette had stumbled onto upon the Coquette Bistro Wine Bar amused them as much as it did us. 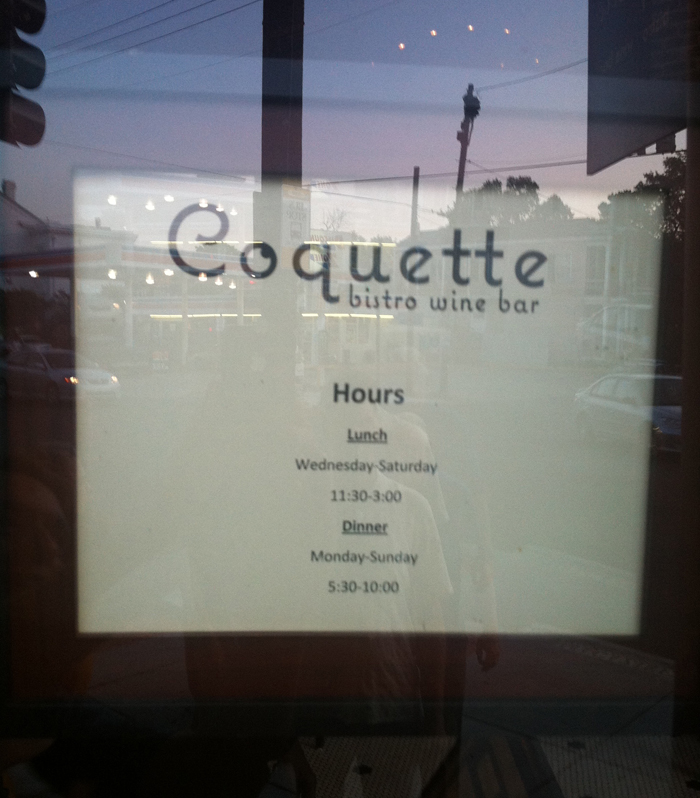 The other diners (besides John) were Petr van Blokland, Roger Black, Delve Withrington, Ronald Arnholm, and William Berkson. The meal was excellent, which shouldn’t have surprised us. We learned later that it was one of the top-rated restaurants in New Orleans. Anyway, it made my day. 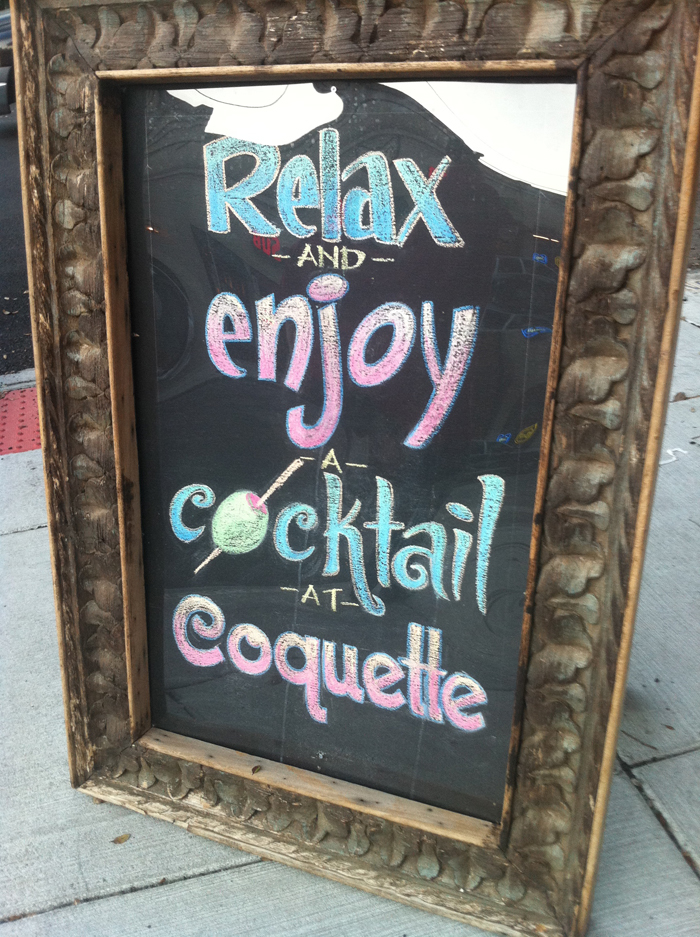