A few weeks ago, I went with my family to the Minneapolis Institute of Arts (a.k.a. MIA) to see the Delacroix show. While we were there, we took in another exhibit about Japanese woodcuts from the 20th century. The Delacroix show was pretty great, but the woodcut exhibit made more of an impression on me.

It was a rather small exhibit and not a lot of people were there. Part of what I liked about it was that they had Japanese popular music from the twenties and thirties playing in the background. It wasn’t traditional Japanese music, more like western jazz music with a Japanese flavor. It felt like stepping into another world, giving a bit of context to the prints.

One print in particular caught my eye. 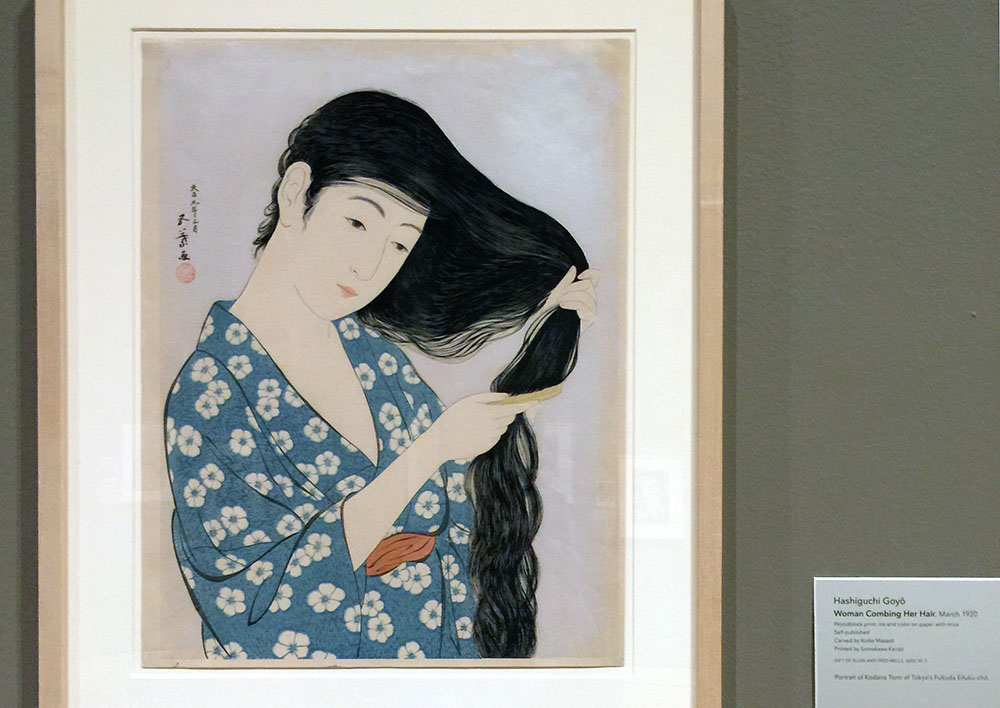 This was “Woman Coming Her Hair”, a print from 1920 that many will recognize as an image Apple used in early promotional materials for the Macintosh. Here’s the MacPaint manual (which I still have) that came with my first Mac in 1984: 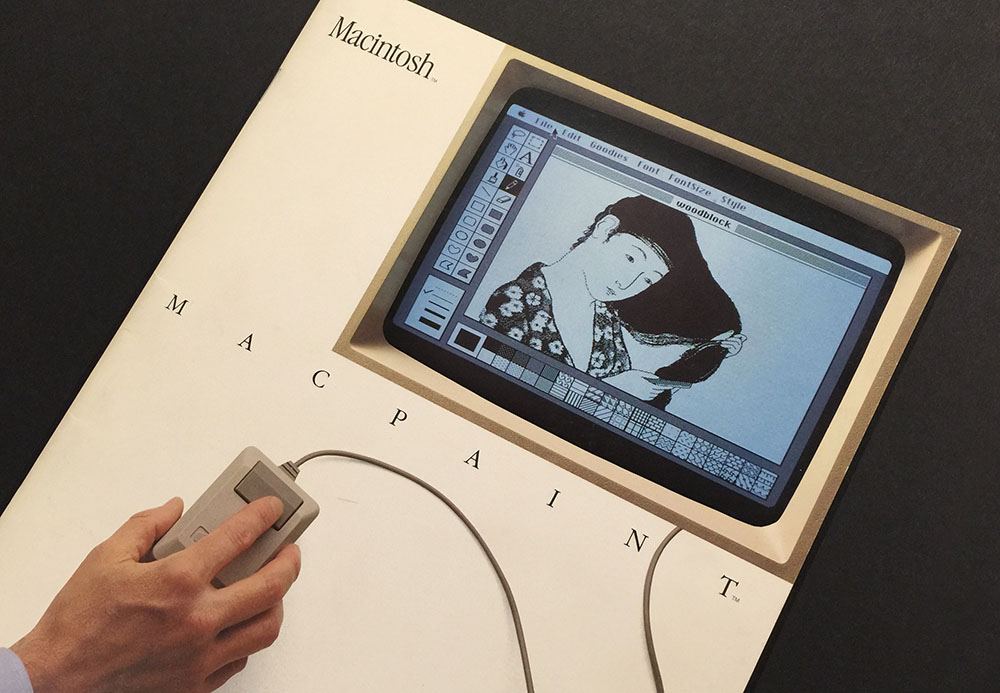 Susan Kare, the artist who created graphics and fonts for the original Macintosh, gave a talk at the Layers Design Conference last year and the video of it was made available recently. Among other things, she tells the story of how that Japanese woodcut was chosen and recreated in MacPaint.

Oh, and—what do you know?—today is the 32nd anniversary of the Macintosh. Happy birthday, Mac!