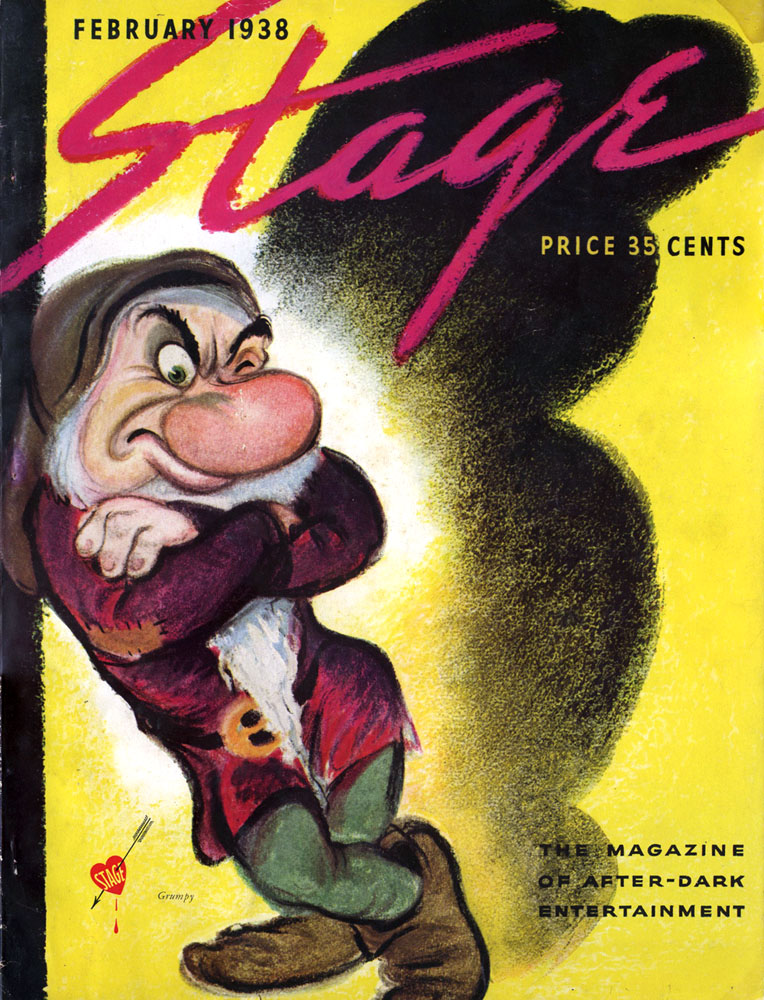 I picked this up in a used book store in Omaha, Nebraska, last year. Most people who might collect a magazine like this would be interested in the content—photos and articles about Broadway of the 1930s. I find that interesting, too. But the reason I decided to buy it was because of the design and lettering it contained. 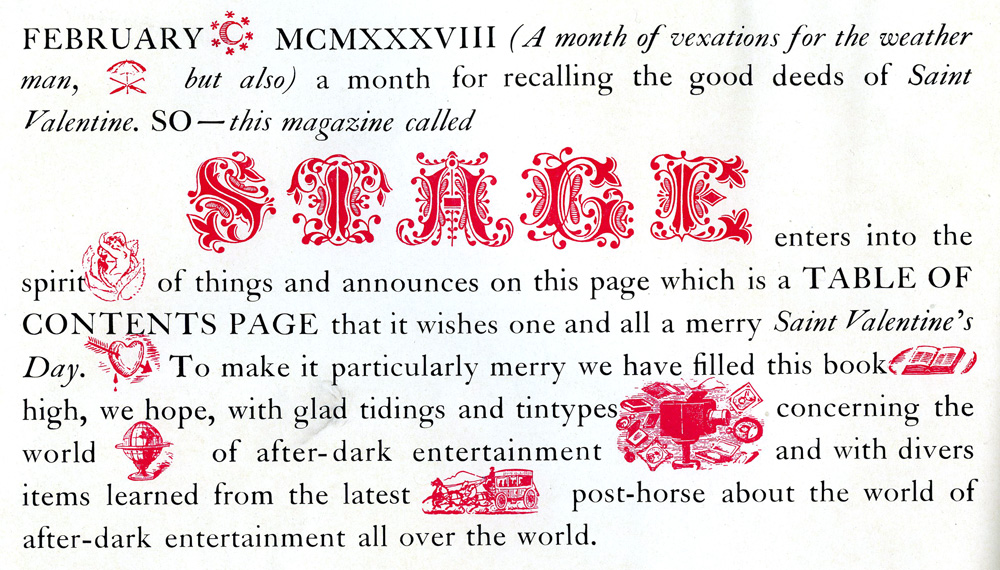 The contents page lists a guy named Nelson Gruppo as art director. I’ve never heard of him, but he certainly had style. The typographic treatment above graces the contents page. (That copy is pretty ridiculous, though.)

Elsewhere in the magazine, lettering artists did many of the feature titles: 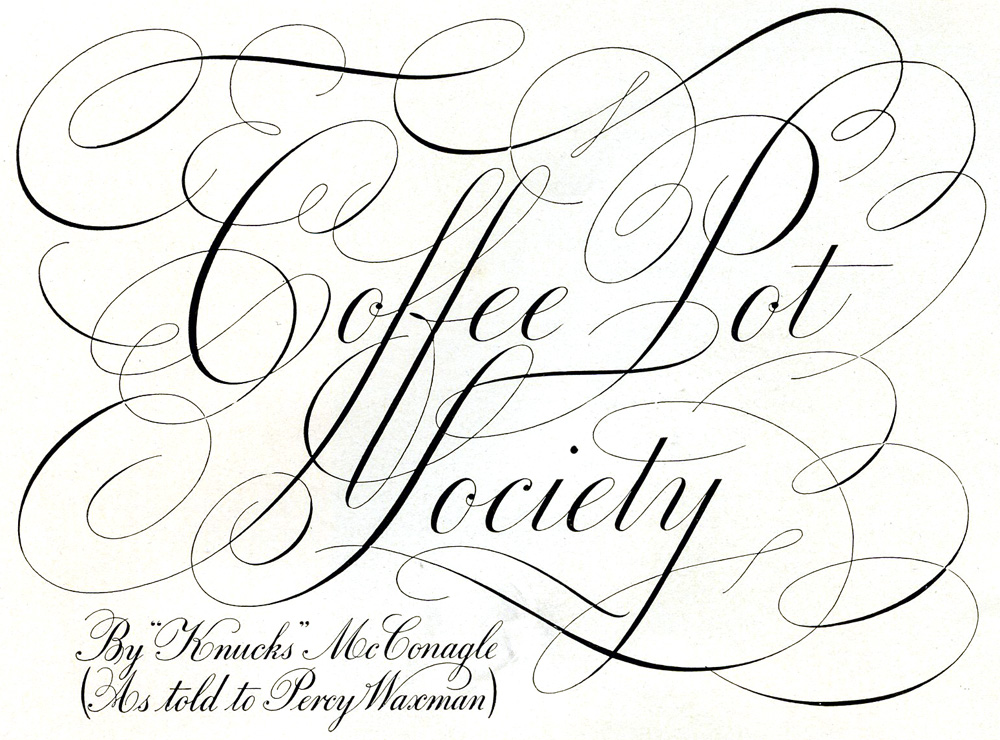 Even more lettering gems are found in the advertisements: 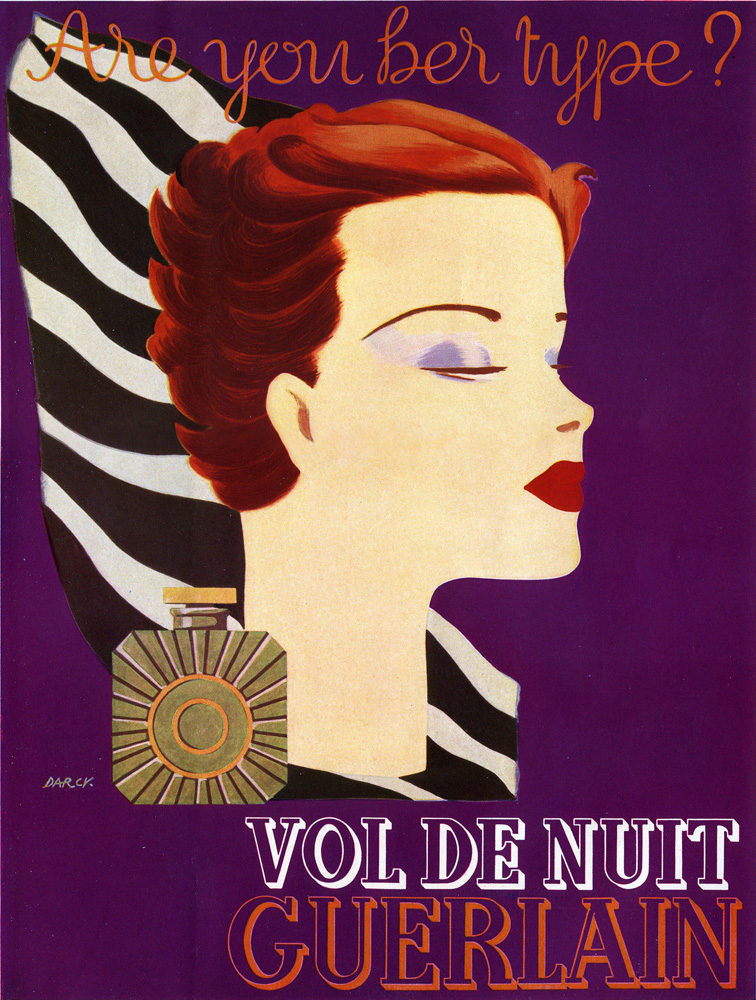 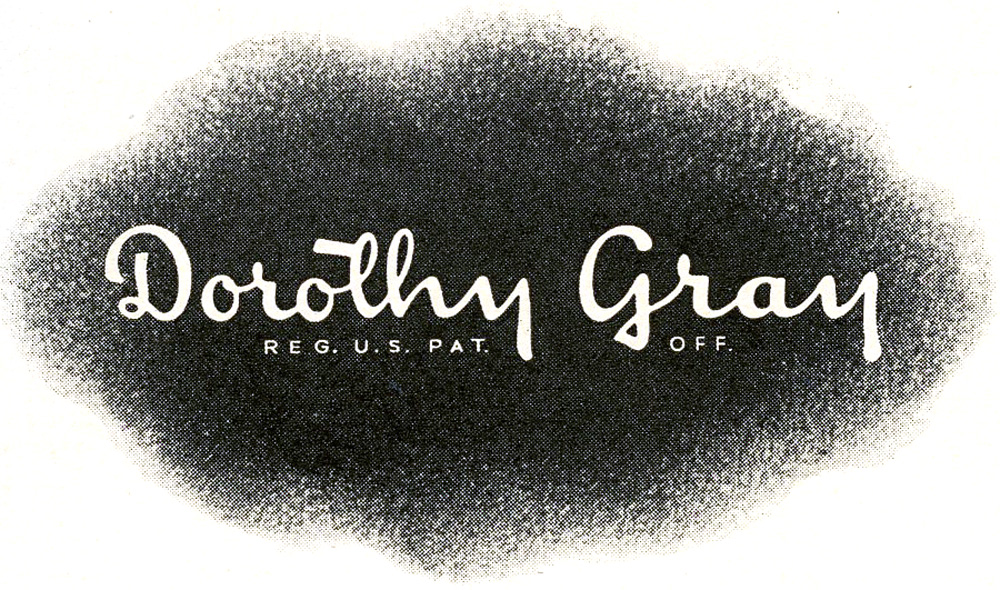 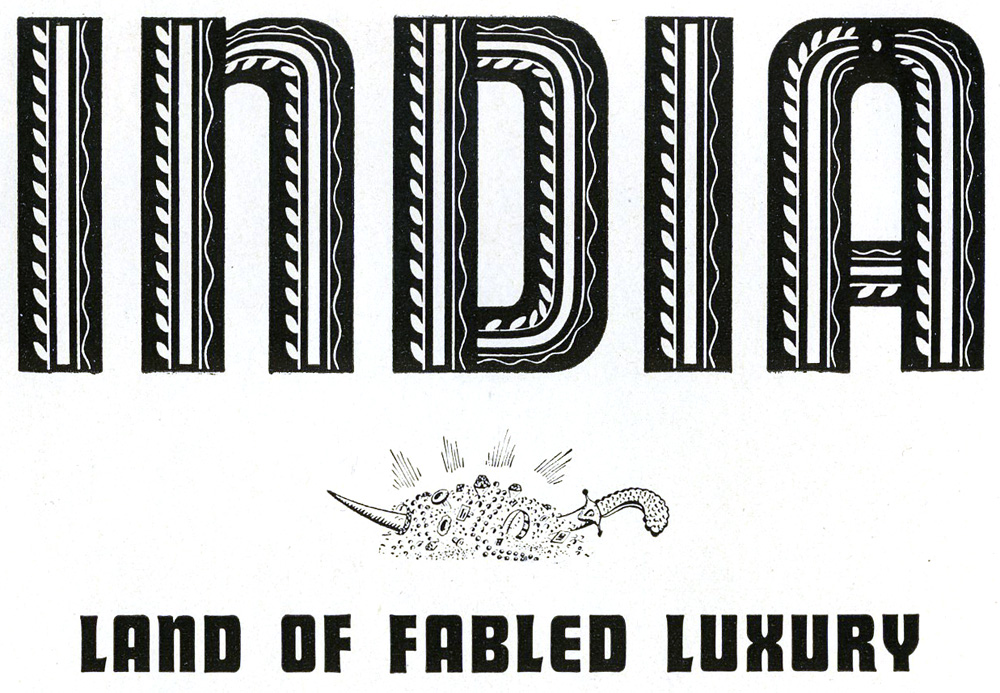 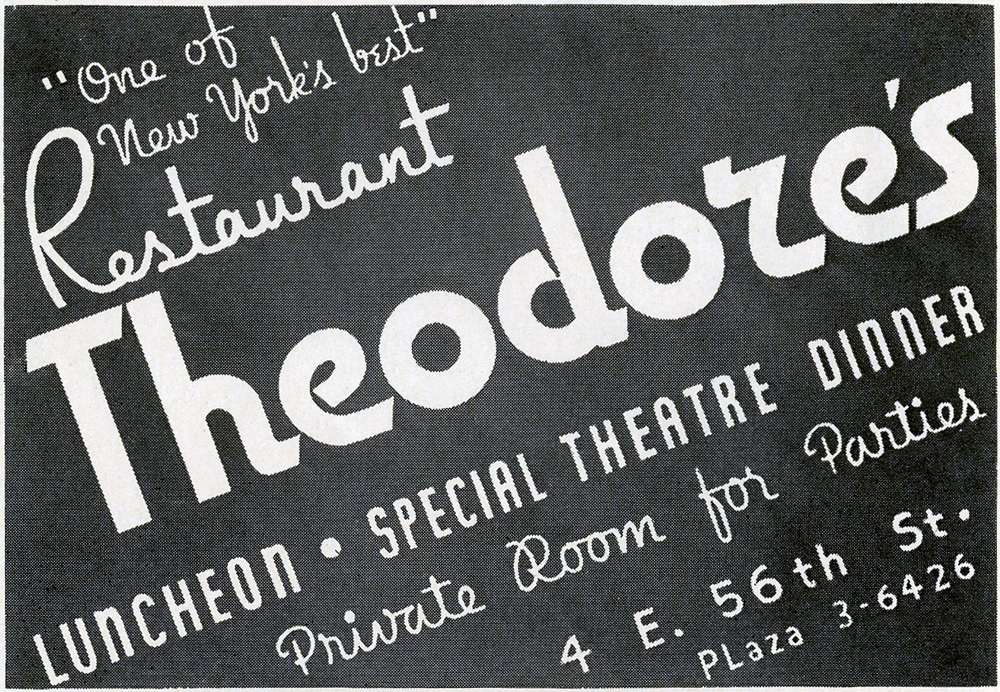 I’d like to think it must have been fun to be a lettering artist back then. It sure looks like fun, anyway. Unfortunately, there are no credits for the lettering. I wouldn’t be surprised if the great Tommy Thompson did some of these.