That “Edikit” image I posted yesterday was just one piece of the whole kit, the only part I still have that’s intact. It’s the cover of a 28-page booklet of half-size layout grids printed on one side of each page in non-photo blue (light blue) ink. The only text is printed on the inside front cover in 24-point Century Schoolbook, centered, capitalization as shown:

put your ideas
down here because
this is where you
begin.

And that’s how I actually used it. I did a thumbnail layout on every available page, and sometimes a drawing or doodle on the reverse side, including these typeface ideas, drawn with a red Sharpie on the inside back cover: 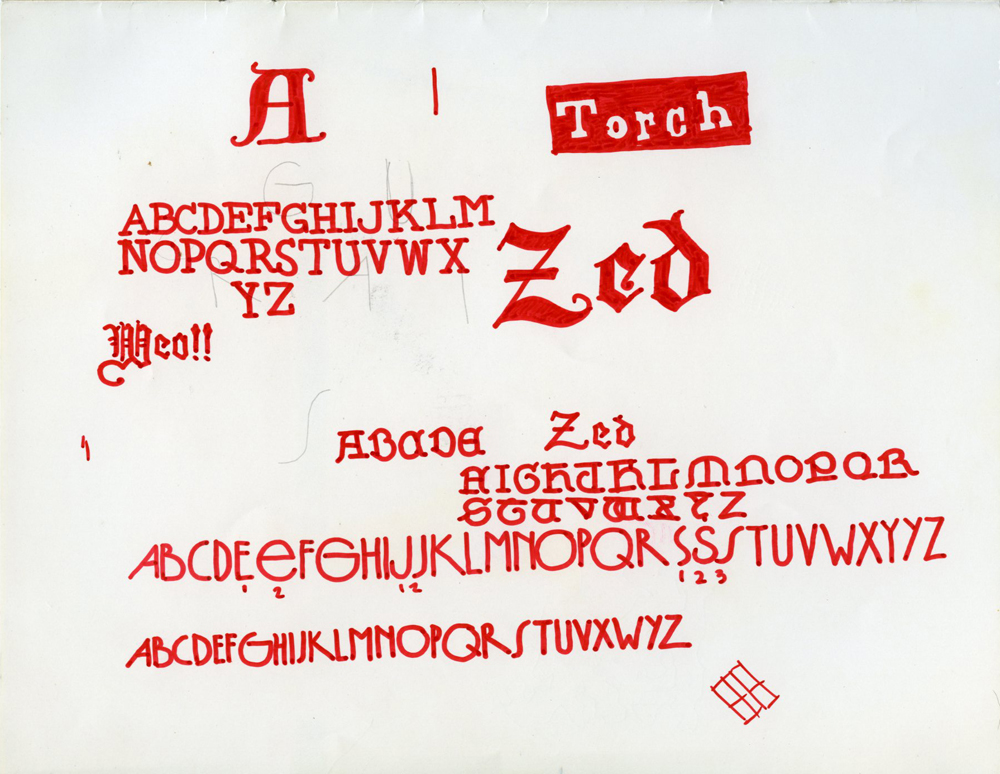 The one near the bottom was probably inspired by seventies art deco faces like Washington or Epic. It even has tiny numbers indicating alternate characters, just like in the specimen books.

Regarding the CCA calendar, I contacted my uncle, Knut Simonson, who I mentioned was a designer at CCA in the sixties. He doesn’t have the red can that the 1968 CCA calendar came in anymore, but he does still have the calendar itself. He shot these two photos of it for me: 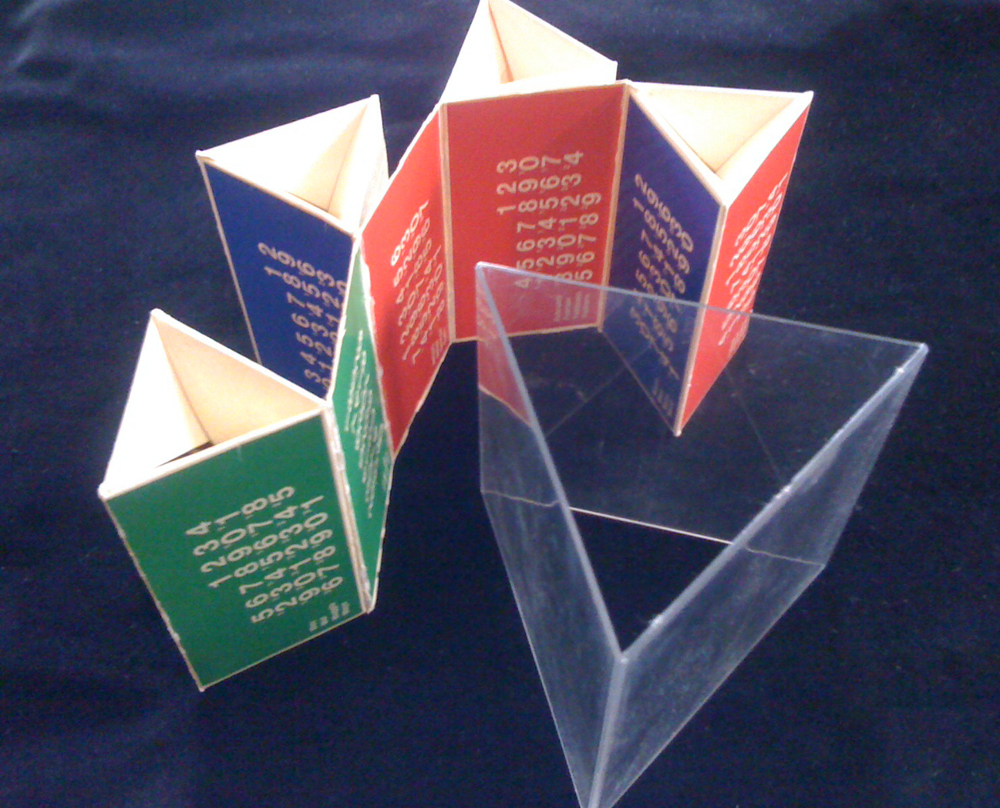 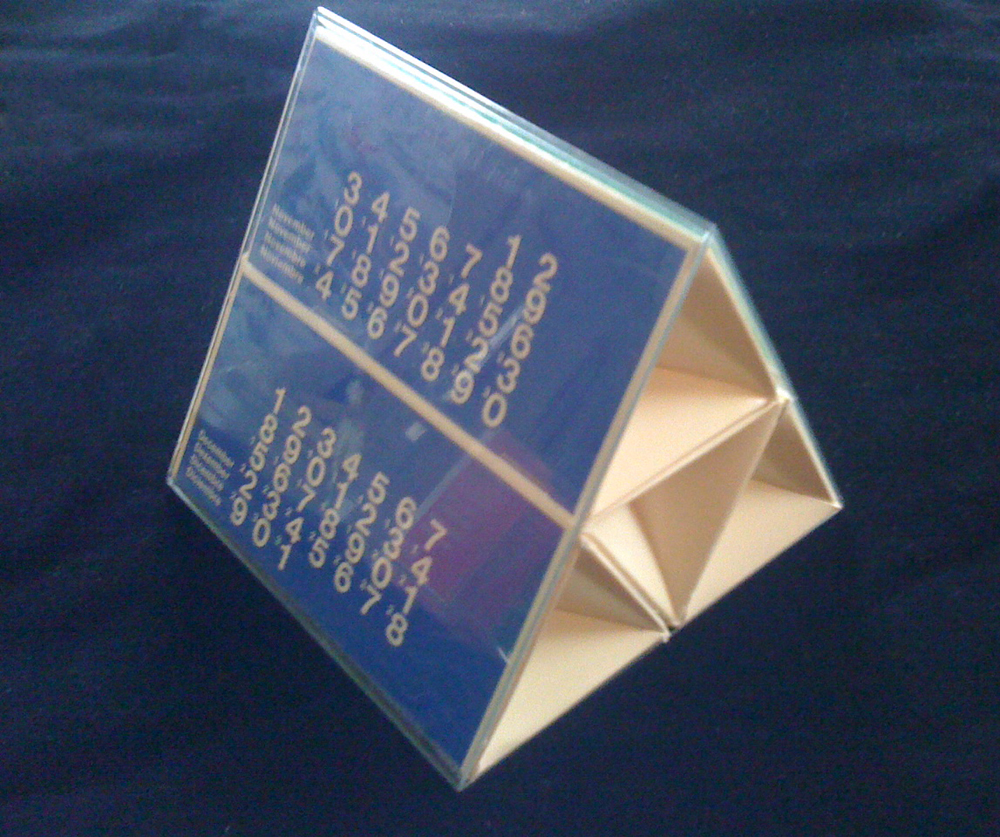 The clear plastic part fit snugly inside the can, and the triangular, paperboard calendar part fit inside that. When assembled, six months are visible on the outside. To see the other six, you slip it out, change the way it’s folded, and slip it back in.

It’s interesting that the ones-place digits are printed much larger than the tens-place digits. I wonder why this was done? To make it simpler and more elegant? It makes the numbers kind of hard to read, almost cryptic. Another case of form over function, I’d say. Overall, a good example of the minimalist way designers still tend to use Helvetica.

Knut doesn’t remember who designed it, but I found some similar calendars done for CCA in the seventies credited to a guy named Bill Bonnell. Maybe it was him. Too bad all the examples are in black and white. Probably scanned from an old design annual, printed back when color was expensive.