On one of the many times I have visited the Hamilton Wood Type & Printing Museum, I got a peek at the hundreds of “cuts” they had stored in the back. These are large wood and linoleum plates made mainly for posters. Most of them came from Globe Printing in Chicago. I think they had arrived fairly recently when I saw them.

One in particular caught my eye. I recall that it was about two or three feet wide. On one side was this design, obviously intended for use on political posters:

But on the reverse side was this amazing piece of craftsmanship and ingenuity:

Apparently, cuts were reused when they were no longer needed. In this case, a larger plate was cut down. Not only that, but the open areas were filled in, mosaic fashion, to ensure an even impression for the new cut on the other side. To my eye, the discarded design was the more interesting one. It looks like it read “…ES BROS.” I really like the design of the “B”: 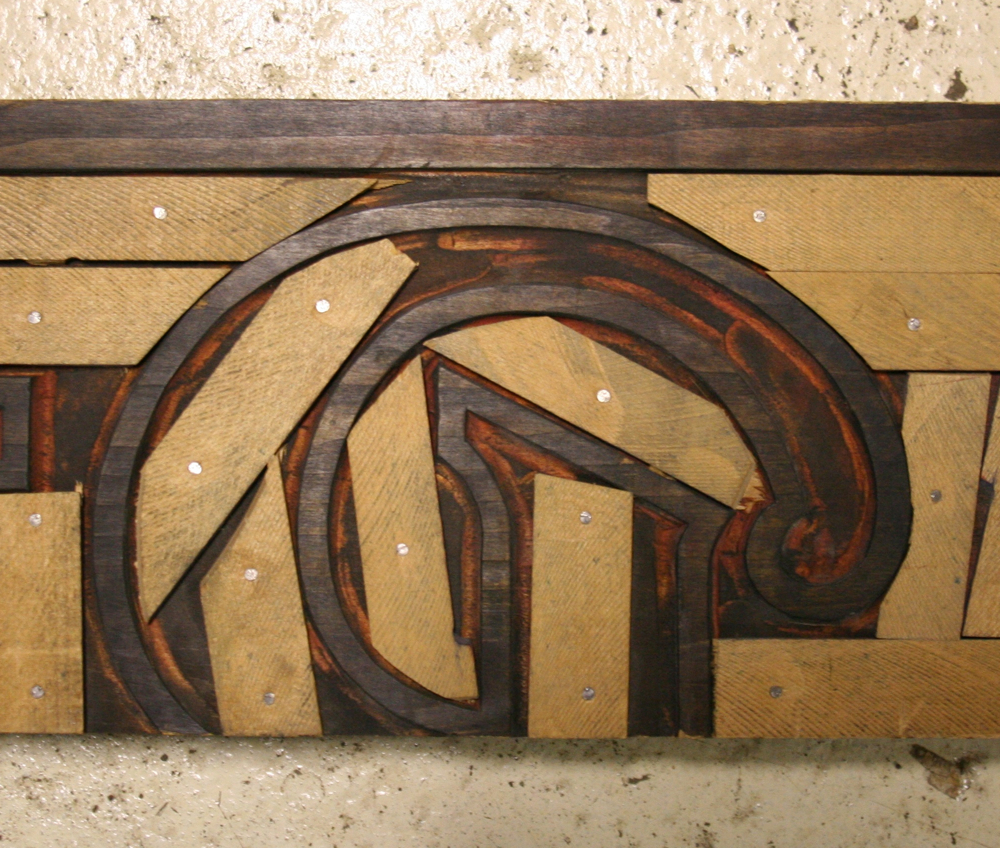