Ginger is the most recent Filmotype font I’ve digitized. (See also Zanzibar and Glenlake.) It’s the first in a range of Filmotype “G” series fonts—condensed sans serifs whose names all start with “G”—that have many Futura-like features that are unusual for the style. I was interested in this range of typefaces even before I knew about Filmotype. Few of them have ever been digitized before. I plan to do all of them eventually (sooner than later, I hope). 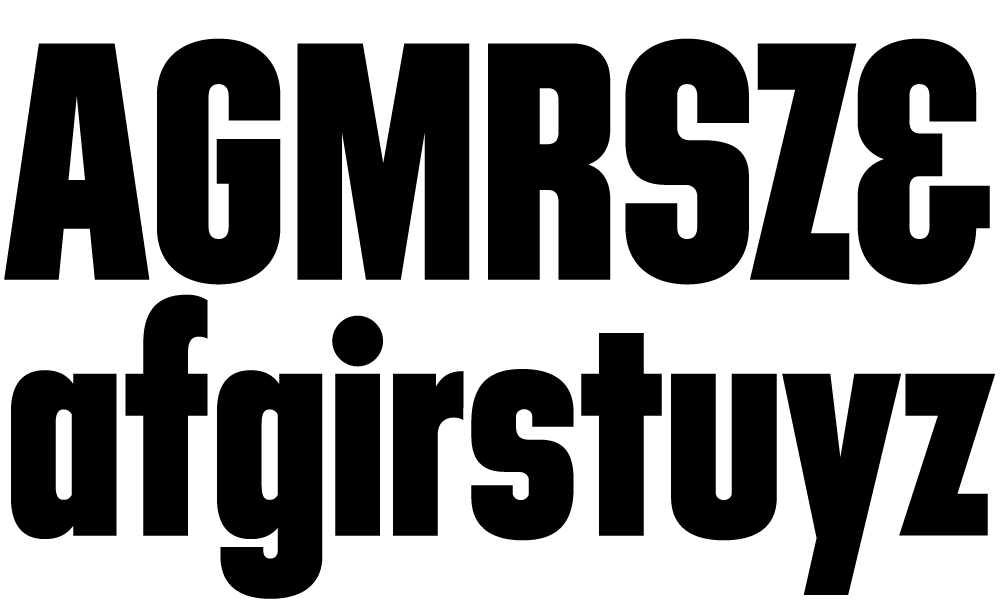 To bring Ginger into the 21st century meant designing dozens of new characters to expand its limited character set. Caps, lowercase, numbers and a few symbols and punctuation marks might have been okay back in the 1950s, but today’s fonts are global citizens and have to play as well in Prague as they do in Peoria. In designing the new characters, I tried to imagine how Ginger’s designer would have designed them. (We know who designed some of the Filmotype fonts, but not Ginger. Over the years many of the records of who did what were lost.)

Like all the new Filmotype revivals (available from Font Bros), Ginger has been remastered to high standards and is a modern font in every way. It is available in OpenType format, which means you can use the same font on either Mac or PC, and includes many OpenType goodies, such as an alternate lowercase “a”, arbitrary fractions, case-sensitive forms, and extensive language support.