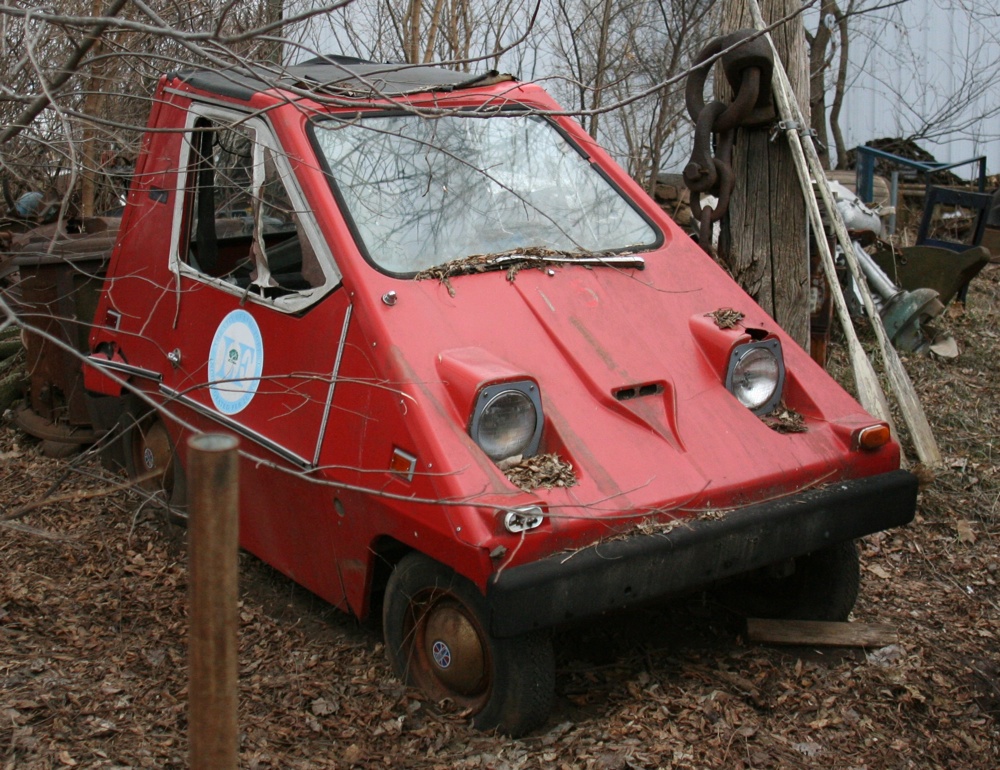 Spotted this curious little car in an amazing place called M. Schettl outside of Oshkosh, Wisconsin, back in 2009. It’s a Citicar, an all-electric vehicle made back in the seventies.

Not long after I saw this relic, I happened to be watching the television movie adaptation of Ursula LeGuin’s science fiction novel, The Lathe of Heaven, starring Bruce Davidson. It was made in 1980 and was set in the (then) near future. Of course, they needed some futuristic looking cars, and I guess the Citicar fit the bill. They used several of them for the film. I wouldn’t have known what they were if I hadn’t just seen this one in Oshkosh. 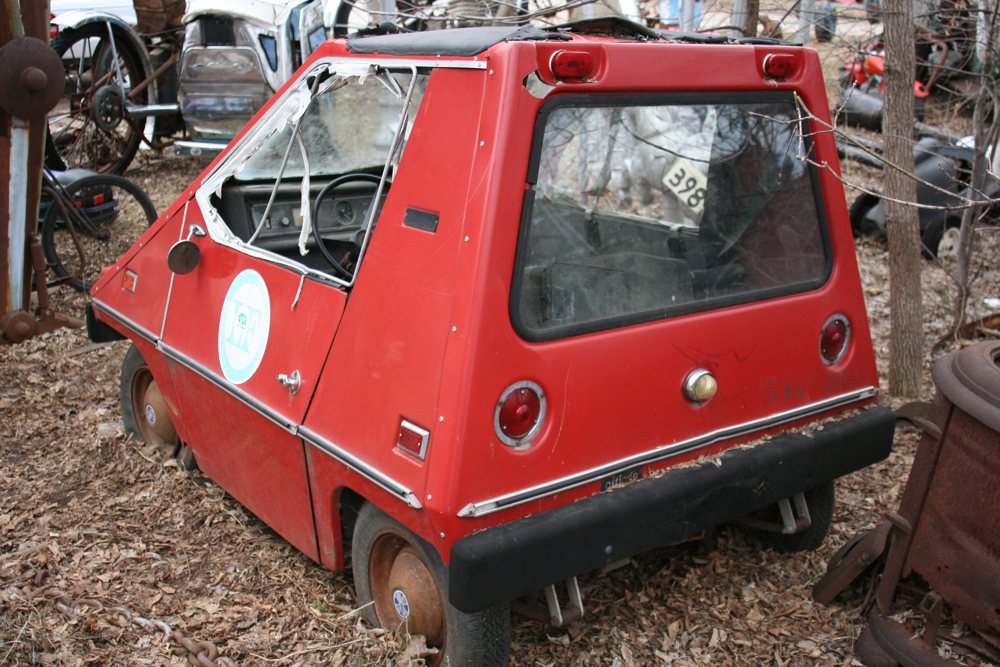 There’s something forlorn about seeing this little car rusting away among the other antiques they had there. The future is never quite what people think it will be.

Check out the logo on the dashboard and over the rear bumber: Amelia—the erstwhile number-one choice when you wanted to say “future” with a font. 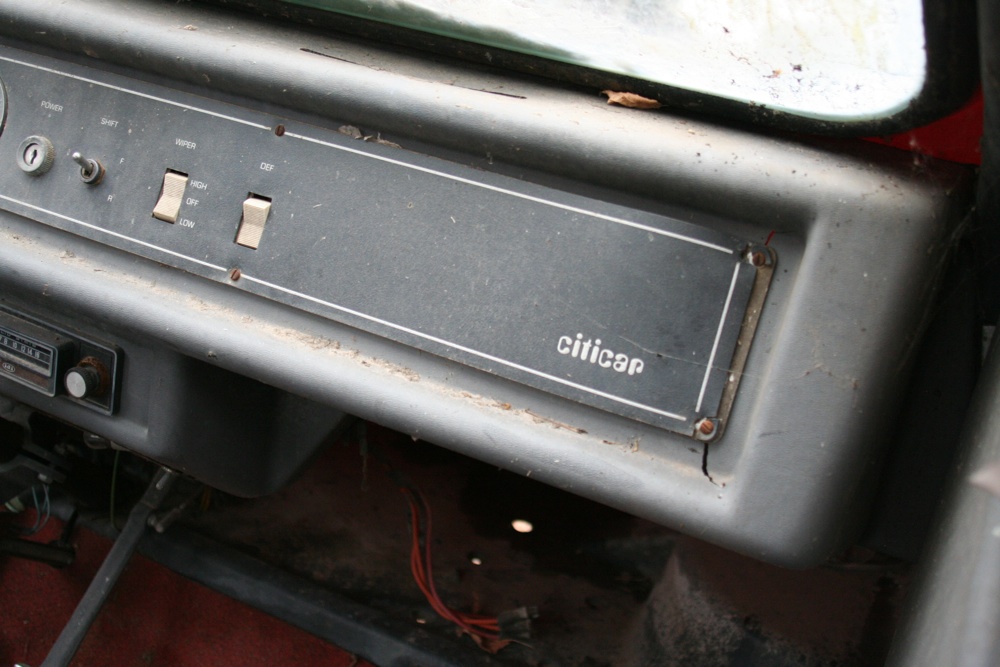 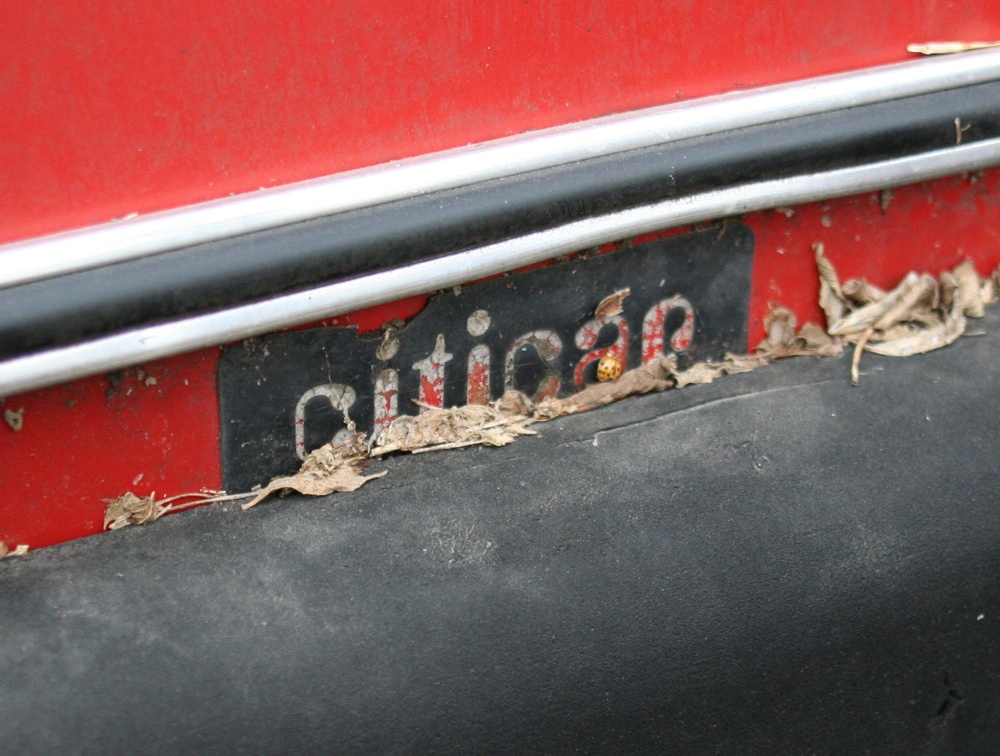