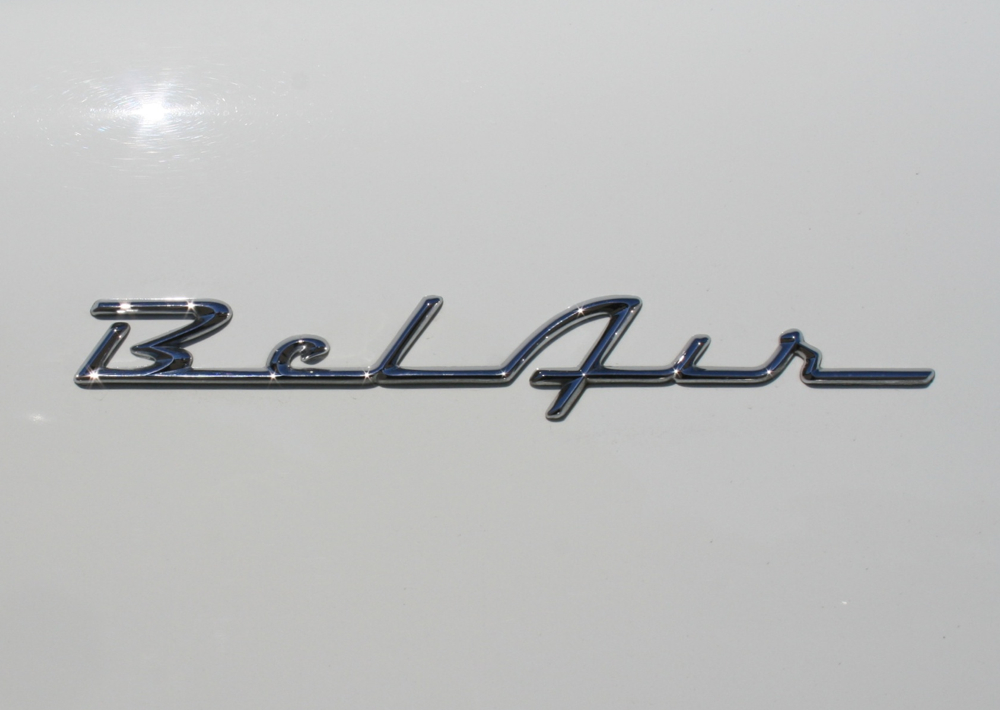 We live a few blocks from the Minnesota State Fairgrounds, and every summer the “Back to the Fifties” car show is held there. There’s usually no need to actually pay to get into it to see the cars—our neighborhood is full of them, cruising around, for the duration of the show. But lately I’ve paid to get in, mainly to get shots of the nameplates, or “brightwork” as it is known.

The Chevy “Bel Air” nameplate, from the late-fifties, is my all-time favorite. The design is so simple and stylish. (Photo taken in Saint Paul, Minnesota, June 20, 2009.)

There might be a personal bias to my “Bel Air” preference. We always had Chevys when I was a kid, a ’59 Bel Air and a ’64 Bel Air—the car I learned to drive on and the car I drove during high school in the early seventies. Here’s a cartoon painting I did of it back then as a joke: 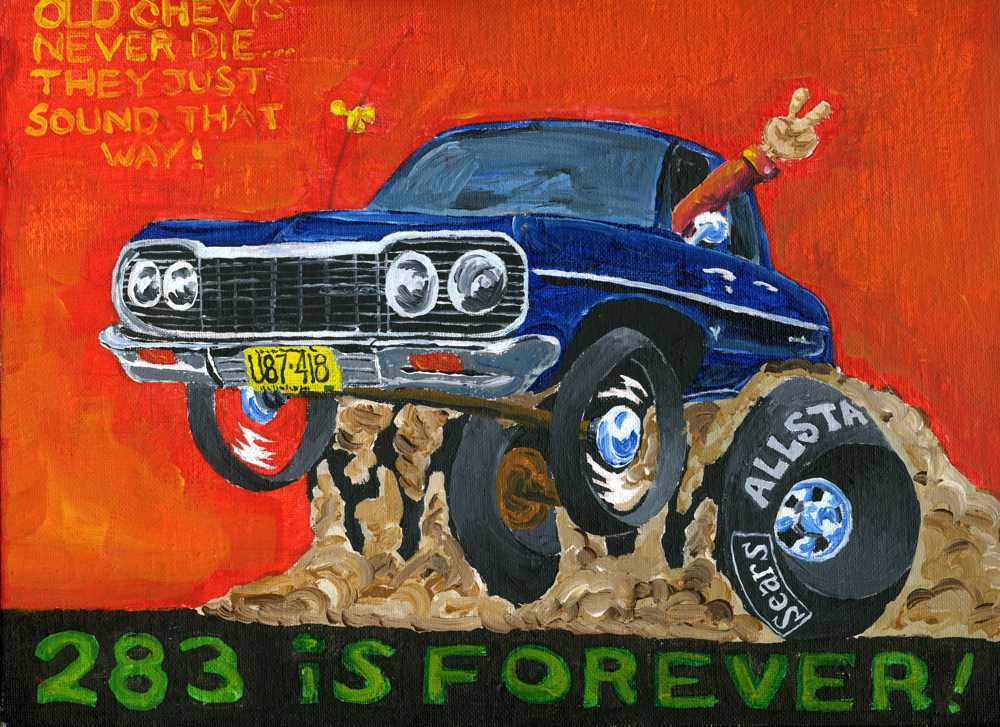 (When I was in high school, I had a little side business doing cartoon drawings of cars like this for my friends. I’ll post more of them sometime.)