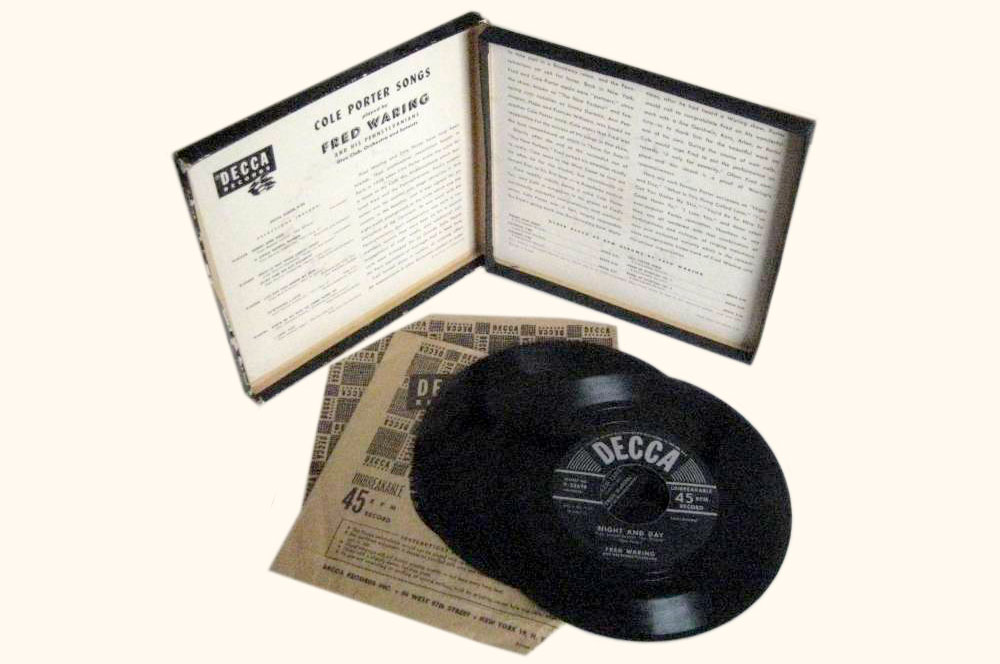 Ever wondered why albums are called “albums”? At one time, a record album was literally an album that contained records.

A few years ago, I ran across a handful of them in an antique store. They were all from around 1949 or so and contained 45 r.p.m. discs. A lot of the records were missing, but I had to buy them because they had the most amazing cover designs. I wonder who designed them? 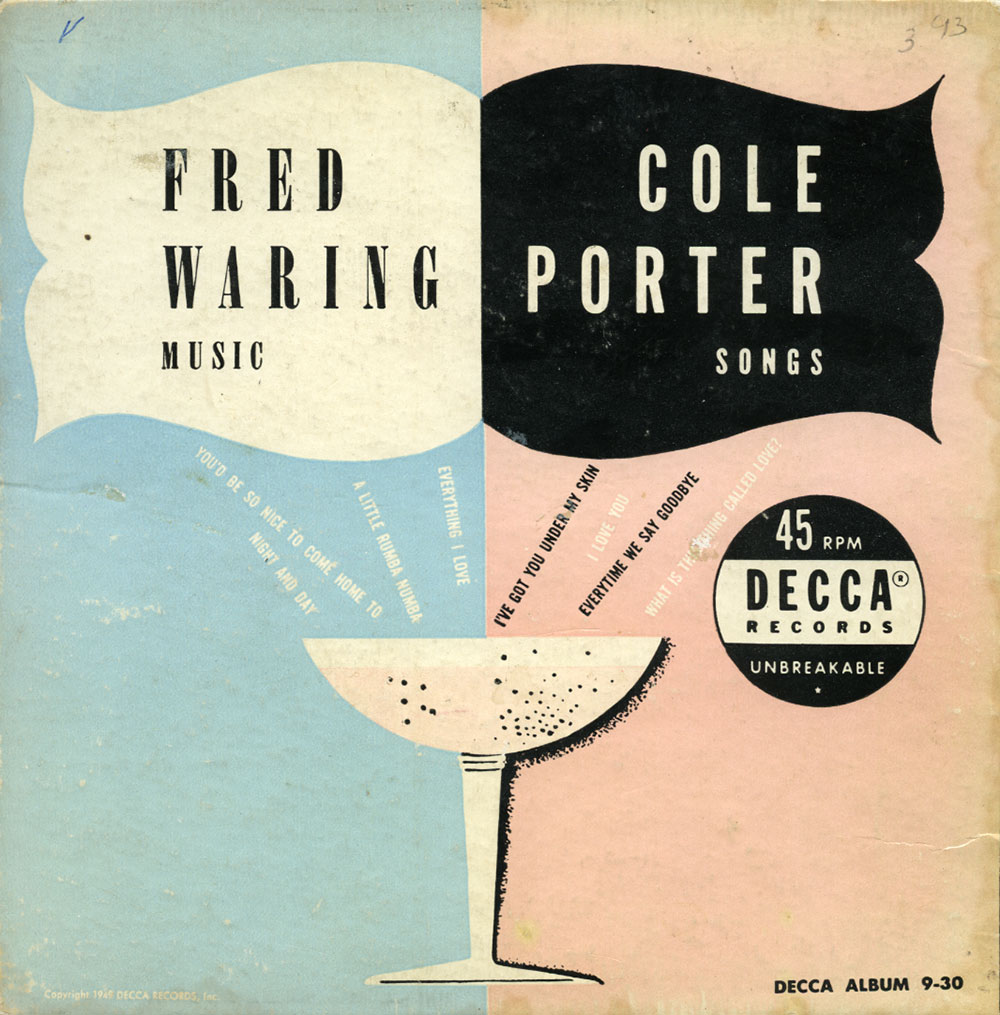 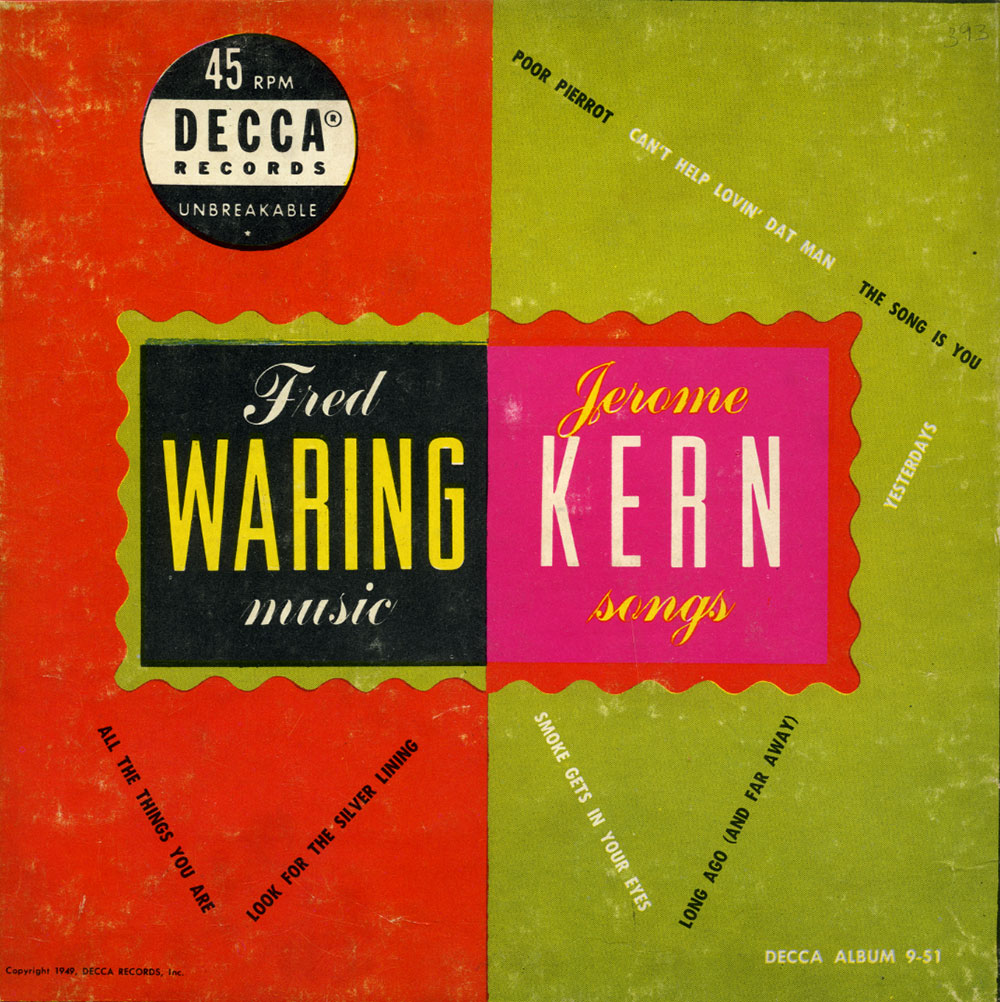 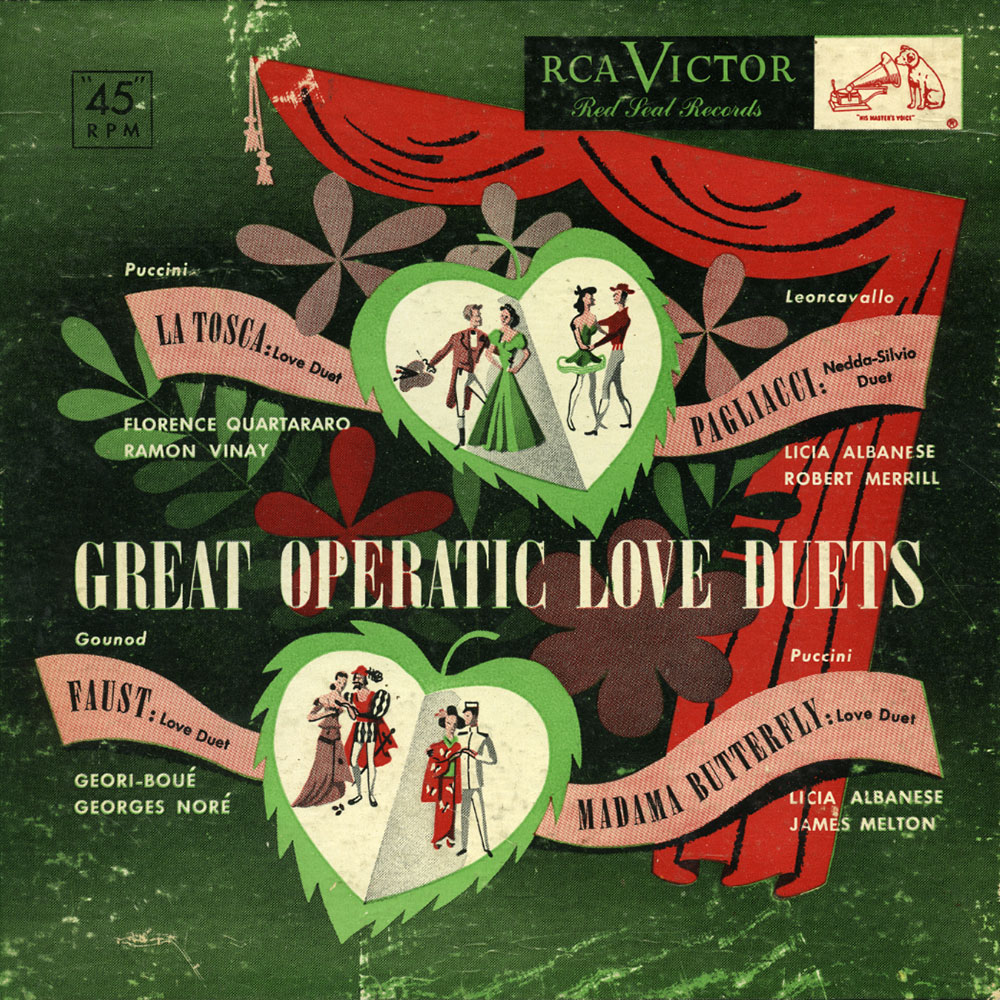 The first two are Fred Waring albums on the Decca label and the third is a collection of opera duets on RCA Victor. They remind me of the new wave album covers of the early Eighties used by groups like The Art of Noise. Or maybe it’s the other way around. I love how “45” is put in quotes on the RCA album—as if it’s not really 45 r.p.m.

This Columbia Records Benny Goodman Sextet album seems to have some Joan Miró influence. Spaced out Bodoni Italic, dotted lines, bee-bop cartouches—what’s not to like? Notice how they advertise that the records are “unbreakable.” This must have been a big marketing issue at the time. 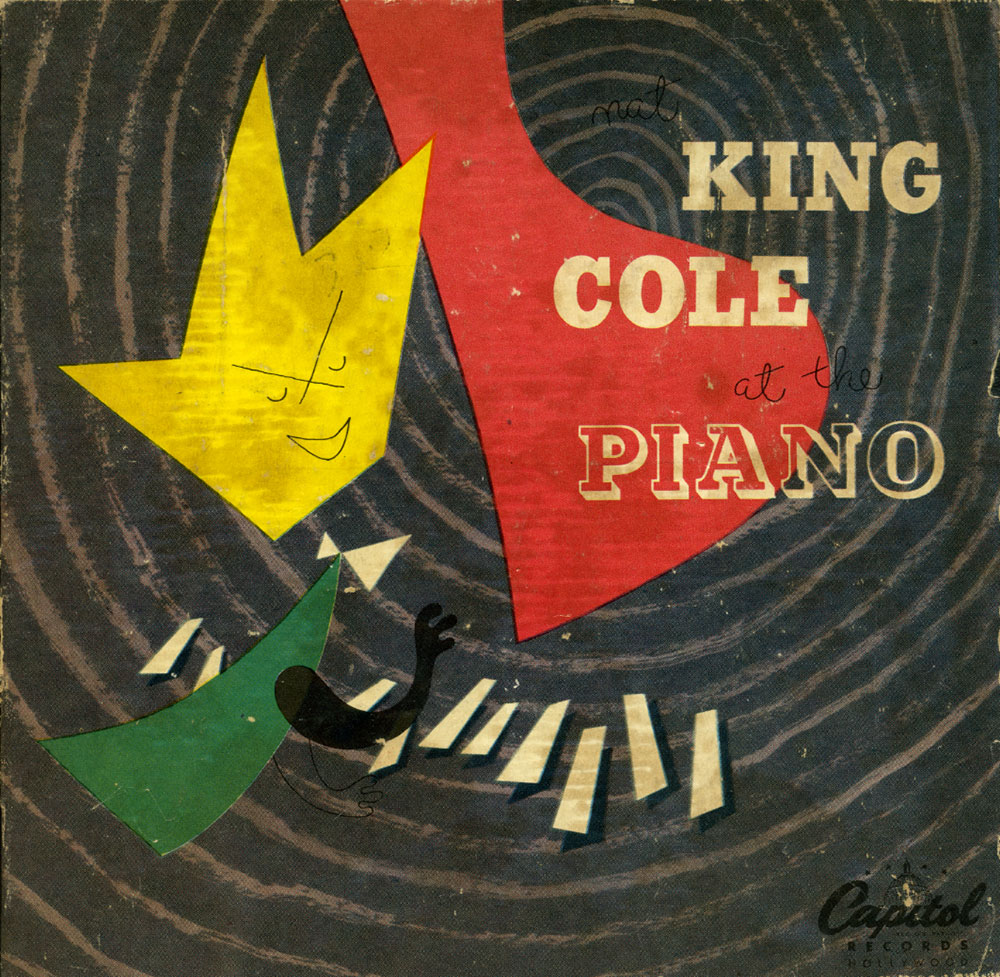 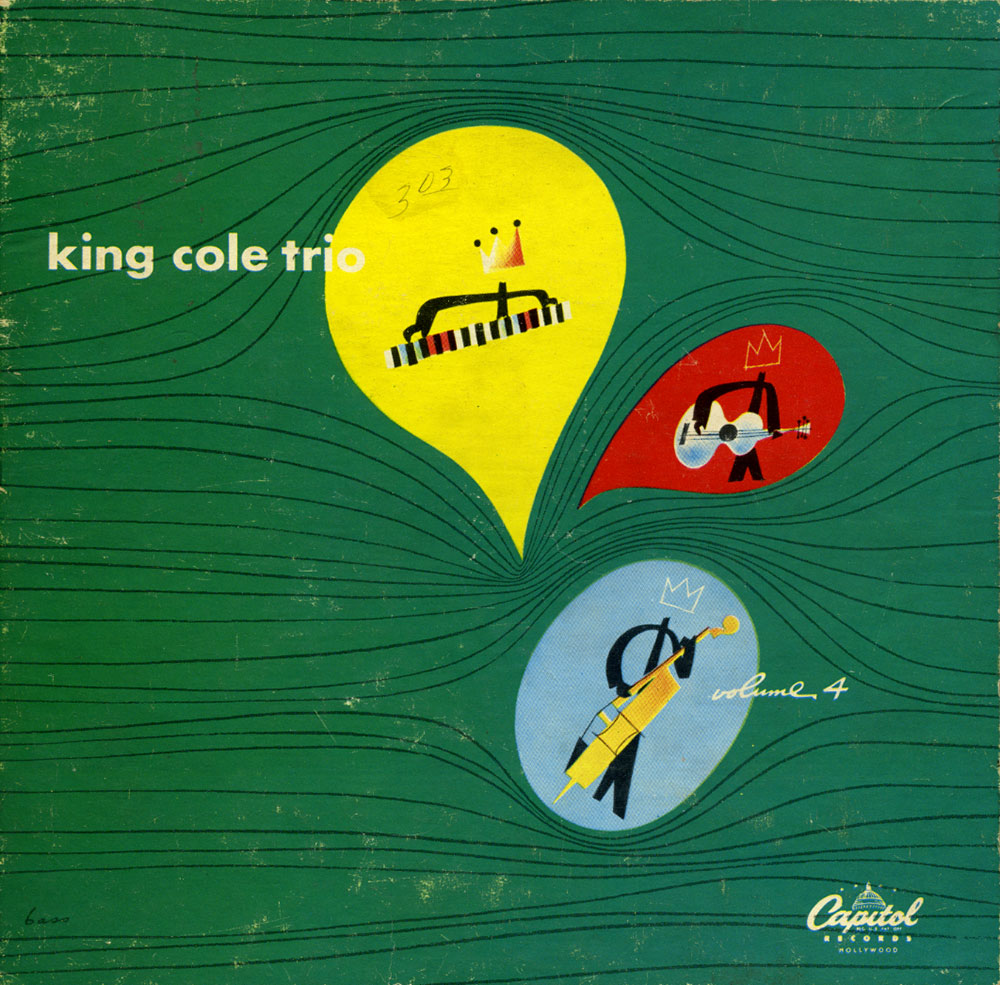 The last two are Nat “King” Cole albums released by Capitol Records. They both feature bold, lively abstract designs in which Cole is represented by a crown. In the first one, it even looks kind of like him. The piano is reduced to a big red shape (the lid) and a few small white ones (the keys) with emanating sound waves tying it all together. The second one uses sound waves again, but shown more like a stream of air flowing around the musicians. Whatever. It’s cool.