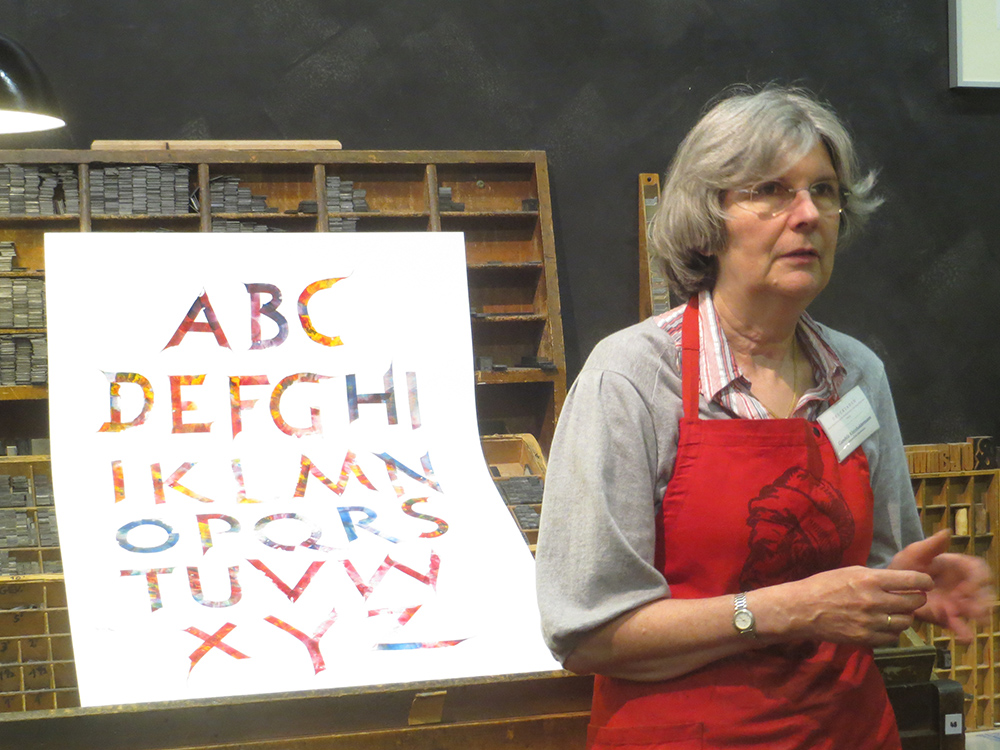 Most of the calligraphy I’ve done was way back in college when I was studying graphic design, and very little since then. I’m just not that into it, which may seem strange coming from a type designer, but to me they are completely different things. Being good at one doesn’t necessarily make you good at the other; sometimes quite the opposite, I think.

In spring of 2013, I went on a tour through Europe with about a dozen other type and printing geeks called Travels In Typography. When we visited Mainz, Germany, home of Johannes Gutenberg, father of movable type, we had the pleasure of meeting Gundela Kleinholdermann (pictured above), who is a volunteer at the Gutenberg Museum’s Druckladen (“print shop”). Her specialty is what she calls roller calligraphy. Instead of the usual brush or pen, she uses inking rollers, the kind you use to ink a letterpress proofing press.

Inking rollers come in all widths, but what they have in common is that only a narrow strip of ink across the width of the roller touches the paper at any one time, not unlike the edge of a broad-nib calligraphy pen. But instead of inking plates or type, Gundela makes letters. And she’s amazingly good at it. With some of the examples she showed us, it was hard to believe they were made with such an unlikely tool.

The technique involves manipulating the roller as you move it across the paper, turning it, dragging it and—this is the tricky part—lifting one end of the roller to get a tapered effect. You can also touch the paper without rolling to create a line. There are no rules, just whatever works. You can tell that Gundela has been practicing and experimenting with this for a long time. She’s a virtuoso roller calligrapher.

After showing us the basic techniques, we got a chance to try it ourselves. As I said, I was a bit reluctant at first, but it started coming back to me. For someone who was “not into” calligraphy, I really had a lot of fun with it. 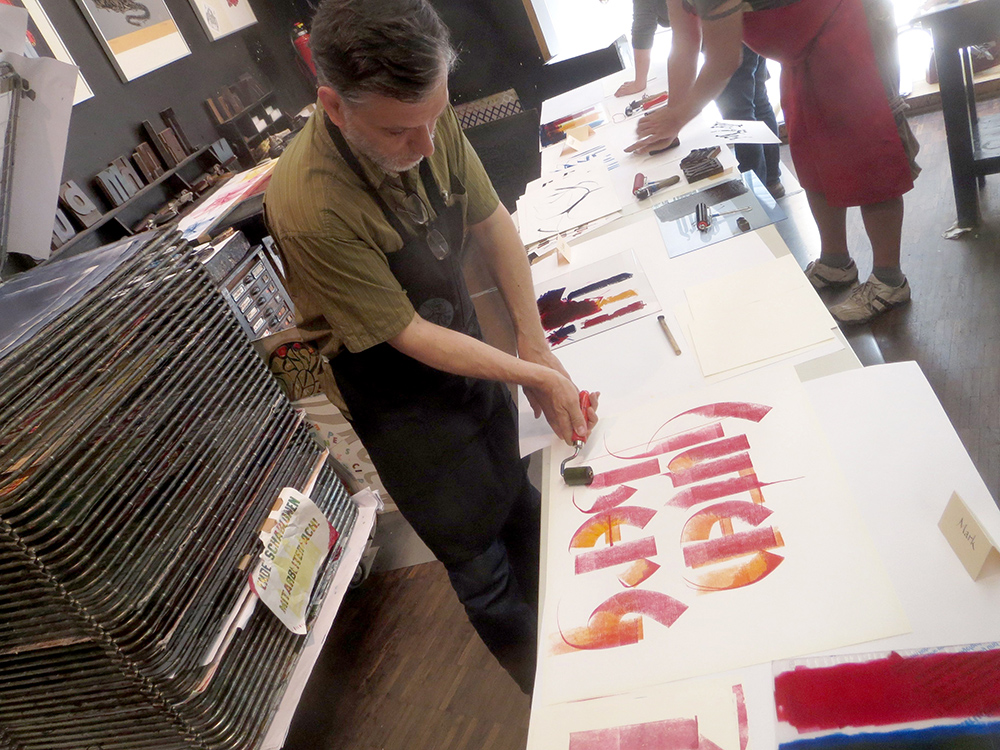 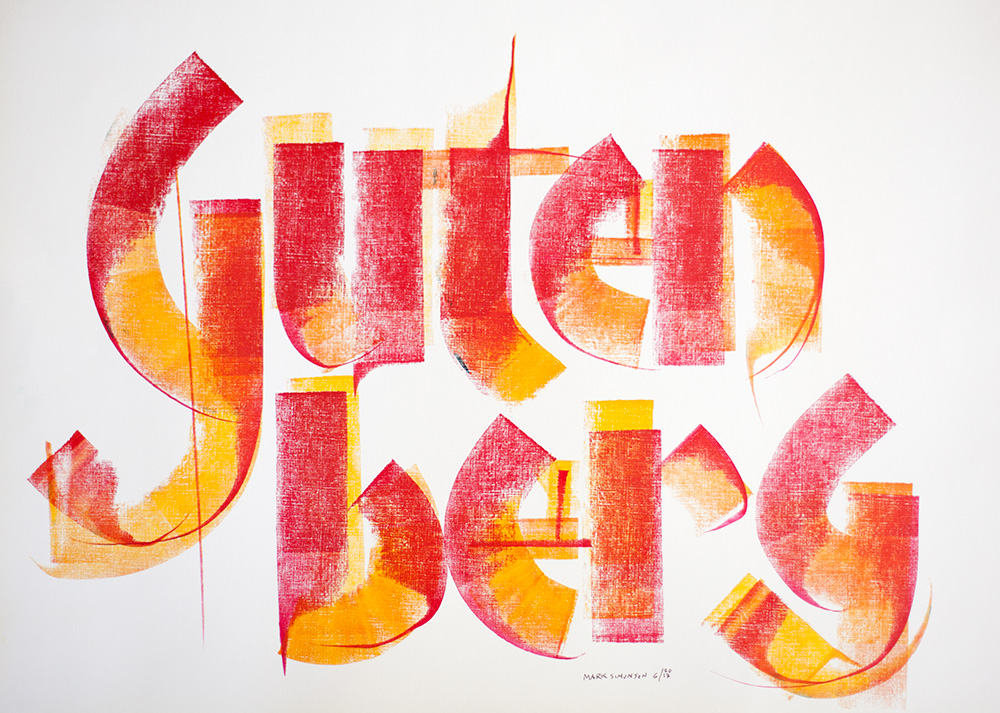 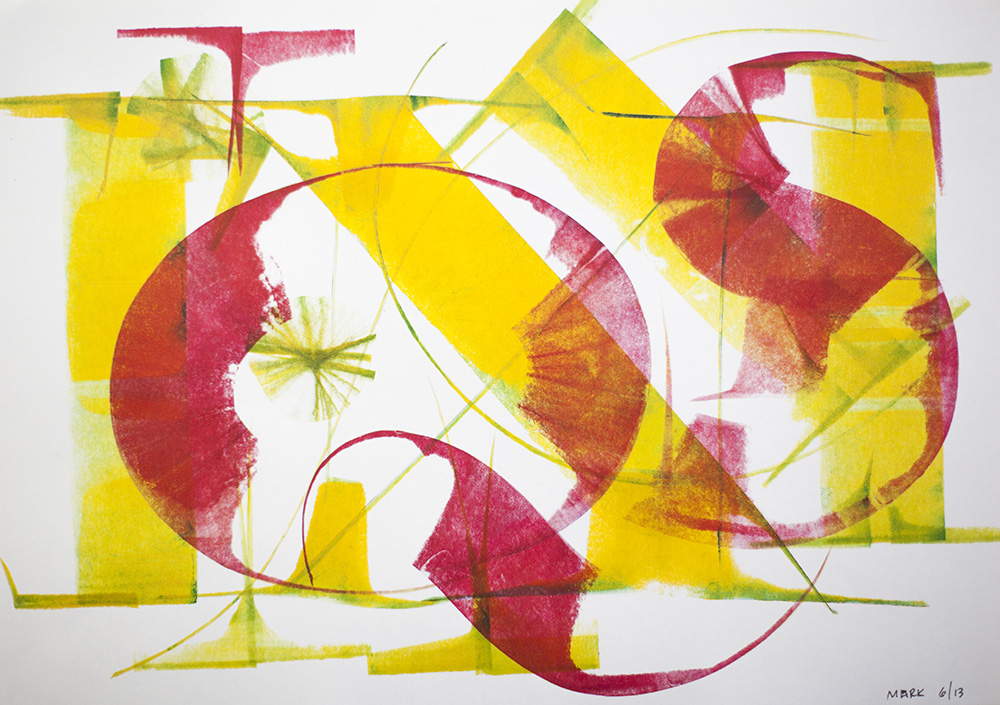 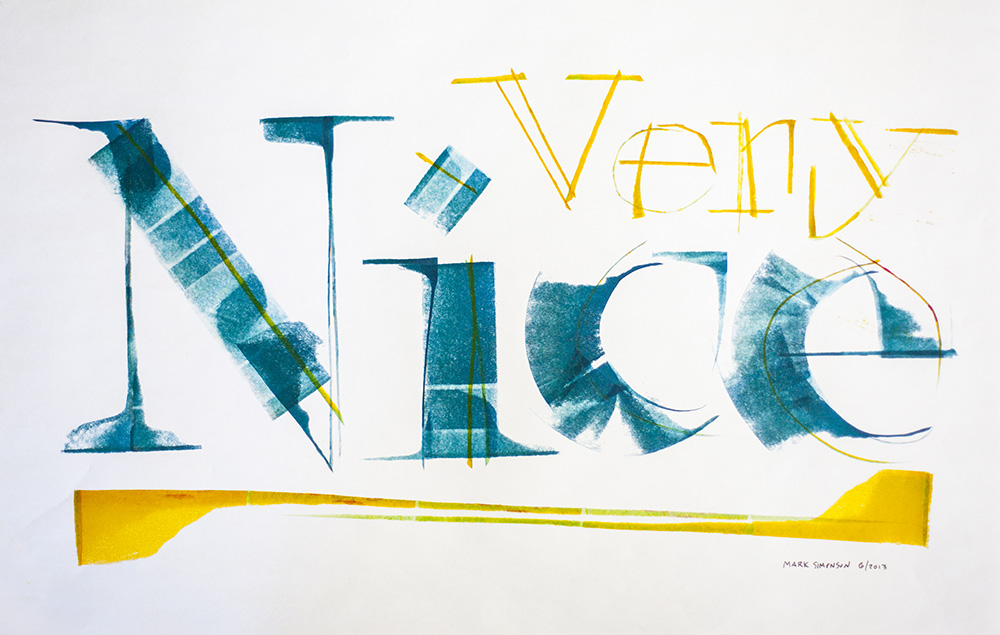 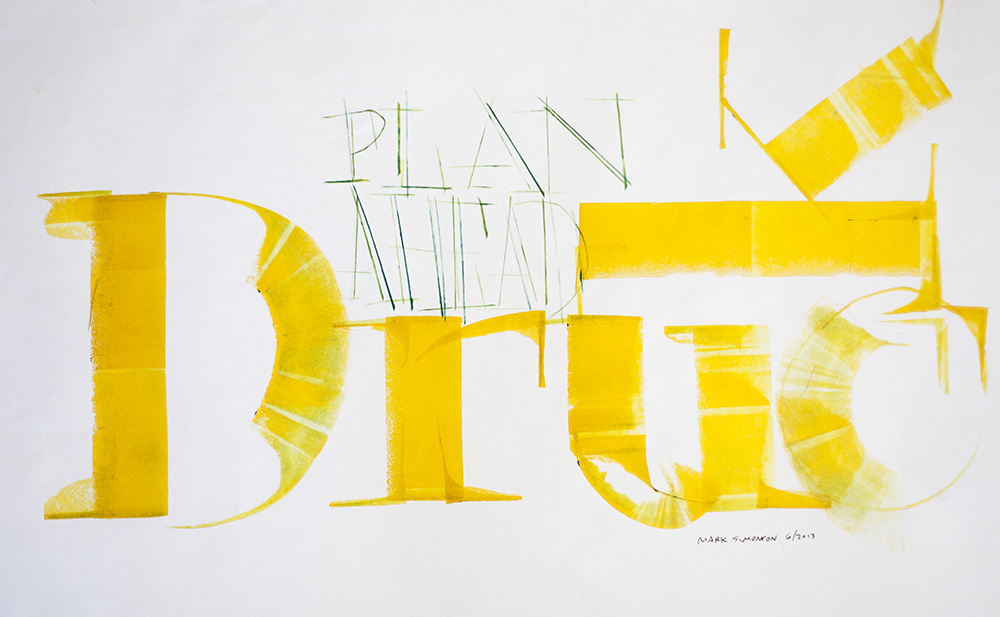 A version of this article appeared on the Hamilton Wood Type & Printing Museum website in April, 2014. Thanks to Bill Moran for encouraging me to get off my ass and write this.