What’s more nerdy: Attending a performance of A Christmas Carol performed entirely in Klingon, or appearing in it? Whatever, it was a load of fun, and only three blocks away at the University of Minnesota St. Paul Campus Student Center. How could I not go?

So, you might well ask: WTF? Imagine if you will, Charles Dickens’ classic translated and interpreted by the Klingon Imperial Theater Company, hosted by a representative from the Vulcan Institute of Cultural Anthropology, and you’ll get some idea. If you’re still not with me, imagine a parody of the Christmas classic seen through the eyes of Trekkies. (Not that I would call myself a Trekkie.) (And not that Trekkies call themselves “Trekkies.”)

The production, put on by Commedia Beauregard, was cleverly written and very entertaining. The audience, not too surprisingly dominated by Star Trek fans, was in stitches most of the time. While the performance was entirely in the made-up Klingon language (except for occasional commentary by the Vulcan), English subtitles were projected on a screen next to the stage.

I managed to sneak a few (flashless) photos of the performance. Here is the scene in which SQuja’ (Scrooge), on the left, is visited by Kahless Past (Christmas Past). Notice that the ghost is the “old style” Klingon:

Here is a scene of happier times from SQuja’s youth, in which everyone is having a grand old time trying to kill each other: 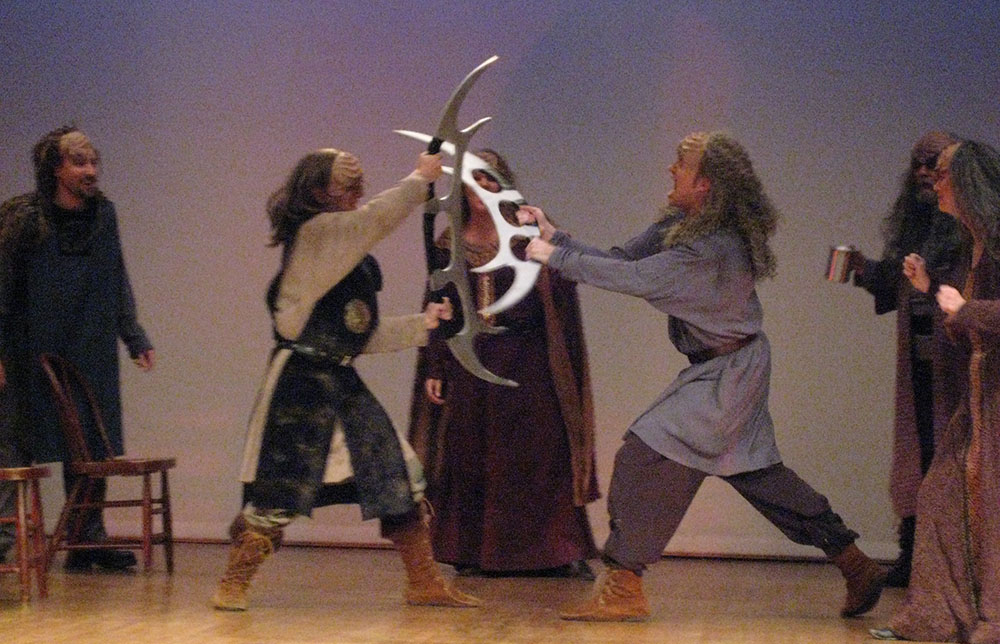 Like the Dickens original, SQuja’ sees what a fool he has been, for seeking gold rather than honor in battle, and vows to change his ways: 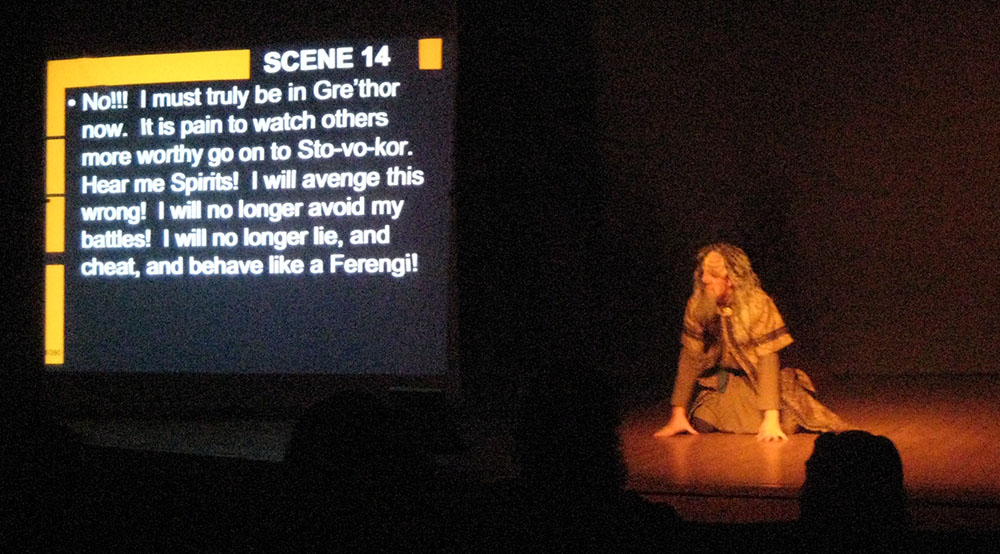 A funny coincidence: The part of SQuja’ was played by Michael Ooms, son of Richard Ooms who for years played Scrooge in the Guthrie Theater production of A Christmas Carol.