This one is incredibly nerdy, but I think it fits my standards for anachronistic use of type in a movie. Besides, I just love it.

In The Terminator (MGM, 1984), a cybernetic assassin from the year 2029 is sent back in time to 1984 to kill the mother of the rebel leader who will eventually lead humans in victory in a war against the cyborgs, thereby preventing the rebel leader from being born and ensuring the cyborgs’ victory instead. Whatever. As we follow this killing machine on his relentless rampage, we are given short glimpses of what it’s like to see through the eyes of a cyborg: 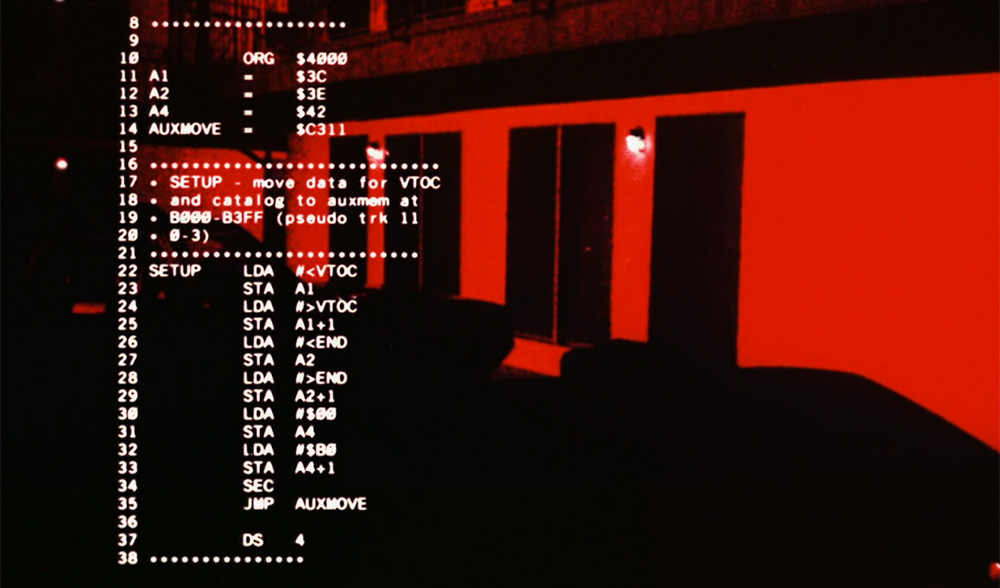 In case you don’t recognize it (and, unless you are a regular Slashdot reader, why would you?), the highly technical looking computer readouts in his vision display are actually source code printouts for an Apple II+ program that ran in a computer magazine (Nibble) in the early 1980s. Plus, it looks like it was printed on a daisywheel printer. Also used were listings of COBOL programs. COBOL was once a popular computer language for writing accounting software.

I remember noticing the out-of-place computer code when I watched the movie for a second time back in 1984, but I always thought it was source code from the Atari Operating System (Atari used the same microprocessor as the Apple II series). A quick check with Google turned up the correct info. This bit of trivia seems to be well-known in certain circles.