Just for fun, I’ve decided to share my first published writing on the subject of typography. It appeared in the April 19, 1977, issue of Metropolis, the Weekly Newspaper of Minneapolis. Metropolis unfortunately folded about six months later, but it was an incredible place to work. I may write more about it sometime.

As its production manager, I didn’t get much chance to write, but this was one exception. After four months there, I had a reputation as someone who knew something about type. Metropolis had a page in the back called “Final Draft.” It was a page where anything might appear, from short stories to comics to photo essays. I can’t remember anymore if the editor, Scott Kaufer, asked me to write something or if I suggested it myself. Some of it makes me cringe to read again. Some of it is not quite correct. There are things in it that I wouldn’t necessarily agree with anymore, and I am surprised at how jaded I sound. Keep in mind, though, that I was only 21 years old when I wrote it, and, as everyone knows, a 21-year-old knows all there is to know. 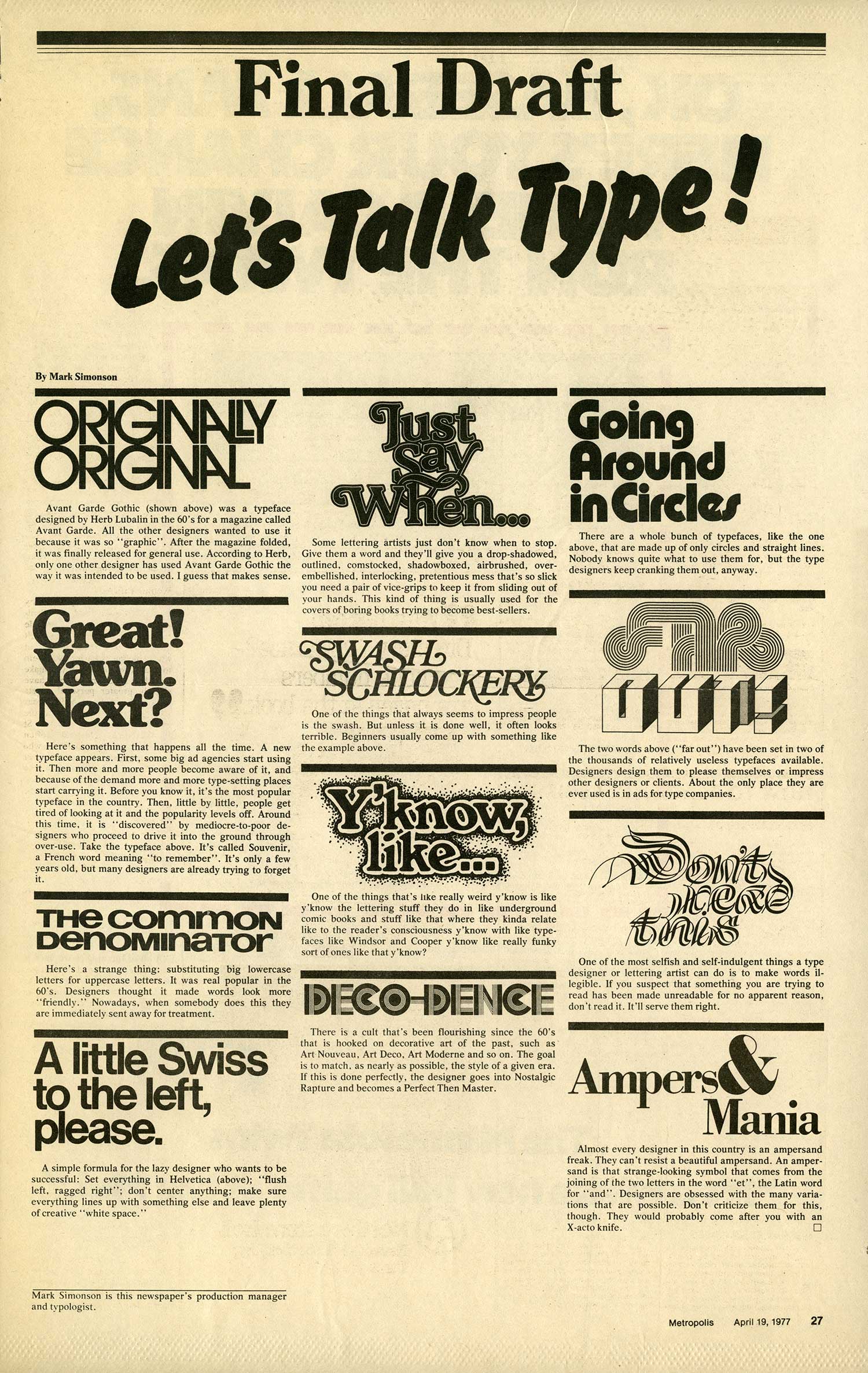 (Originally published in Metropolis, the Weekly Newspaper of Minneapolis, April 19, 1977.)