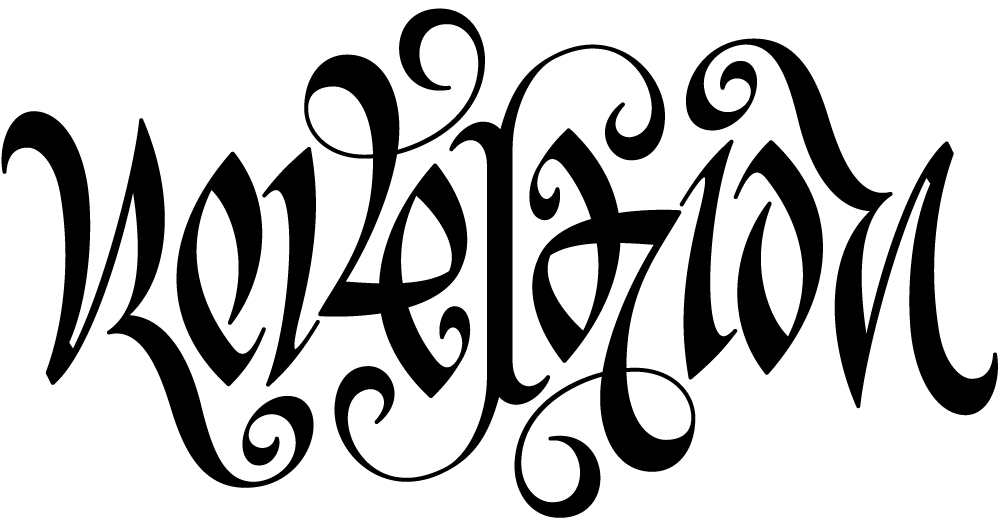 I’ve never designed a tattoo before, and not many ambigrams, either.

An ambigram is a form of lettering in which a word or phrase can be read in more than one direction. Or it may be two words combined into one image in which only one can be seen at a time, depending on how you look at it. The master of this art is John Langdon whose 1992 book Wordplay showcased his work. (A new edition is in the works.)

The design above was for a tattoo and was commissioned by a client in Canada. It reads the same if you rotate it 180°. (I don’t know where she had it placed, but she promised to send a photo.)

Ambigrams are partly luck, partly skill. I feel lucky it turned out as well as it did. I hate to think of someone permanently dyeing their skin with a design that didn’t quite work.