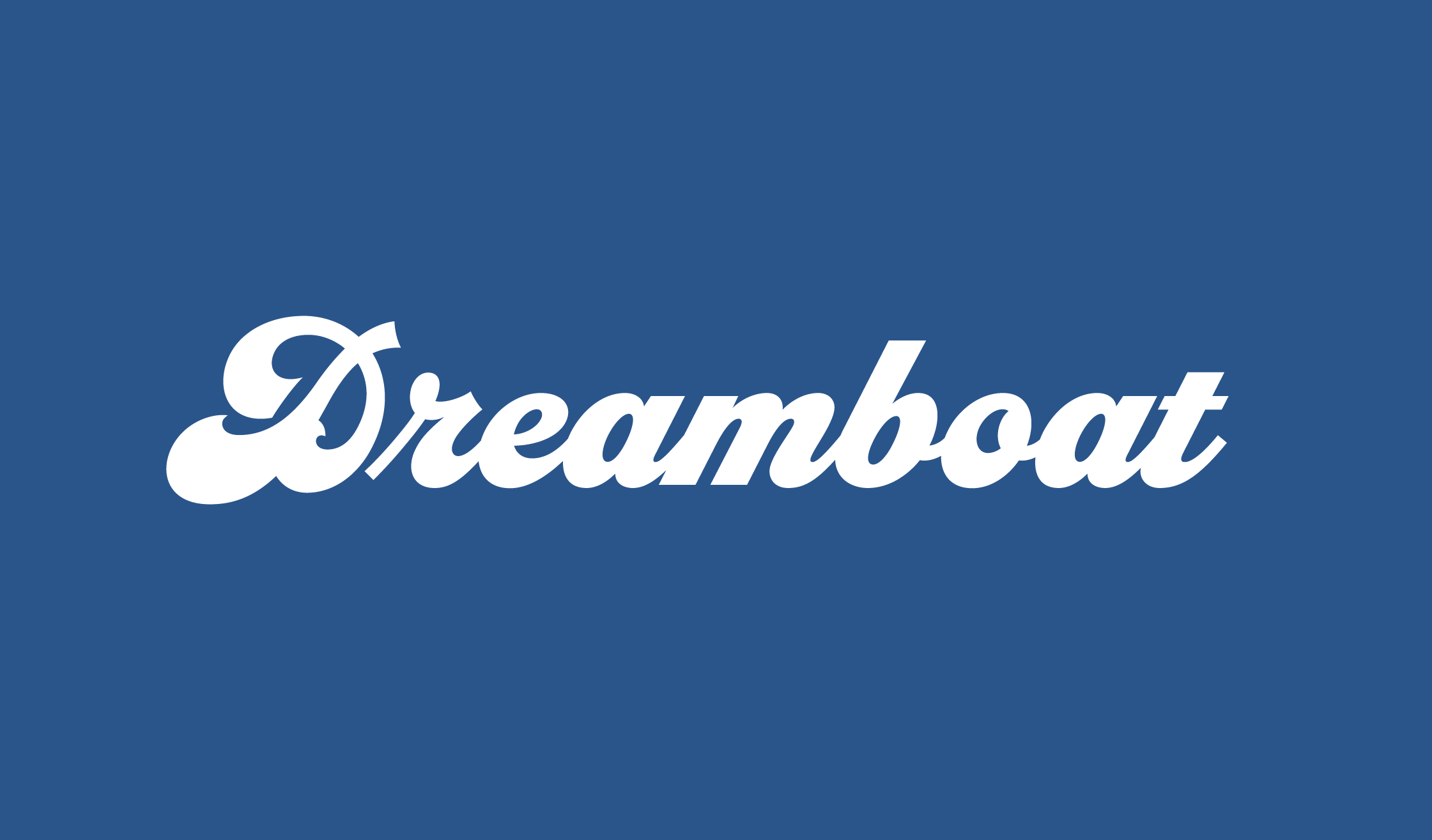 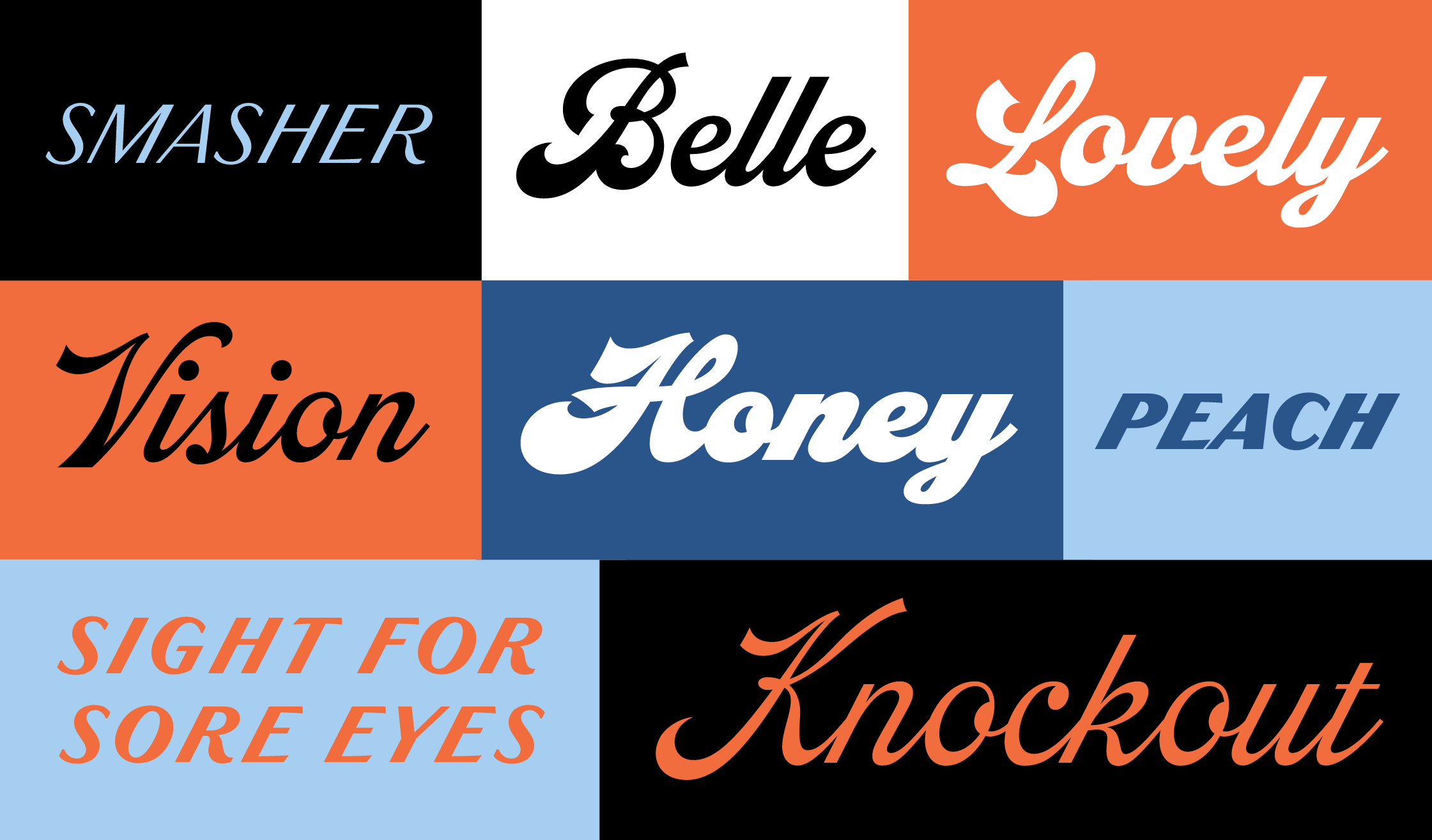 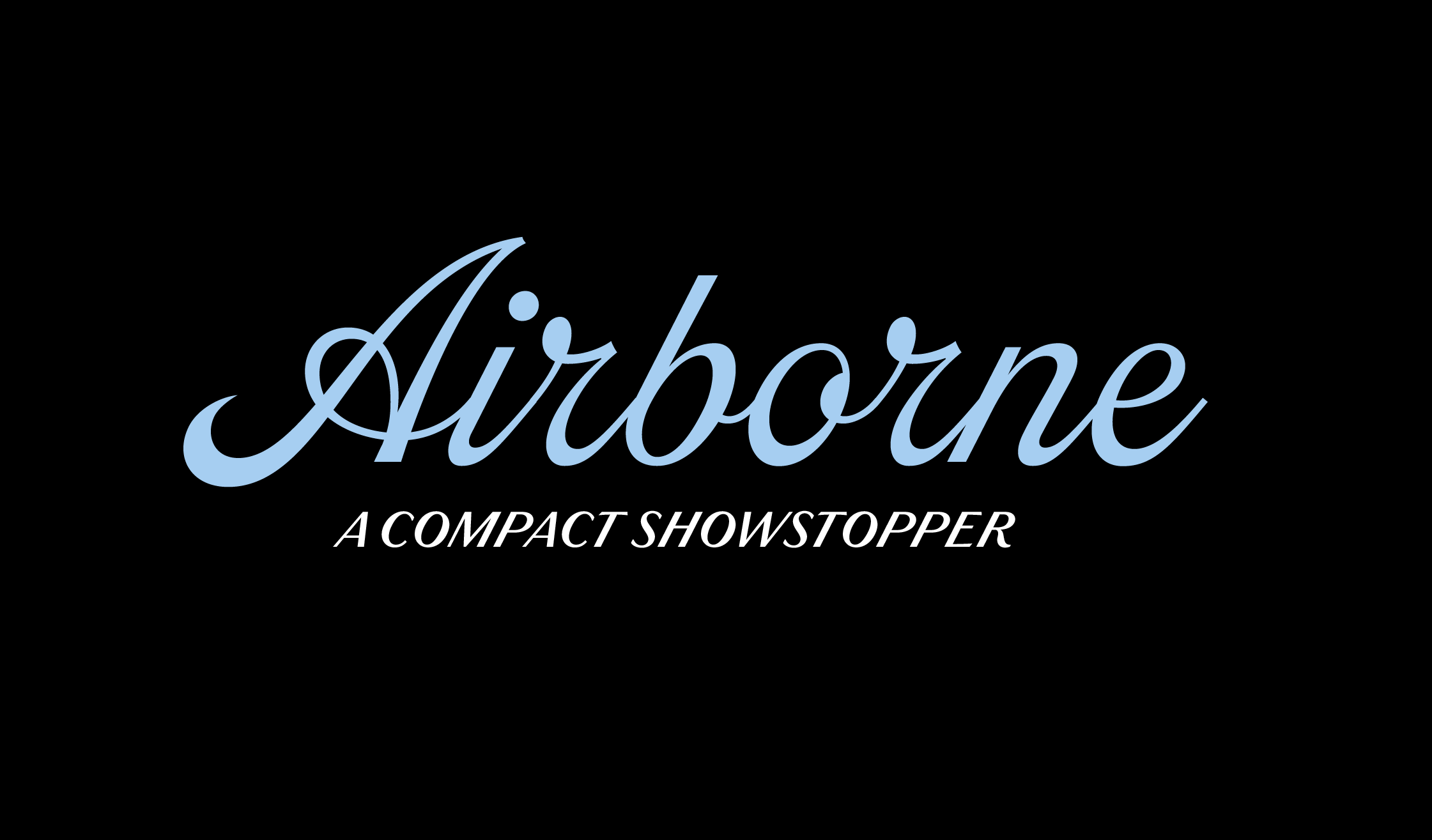 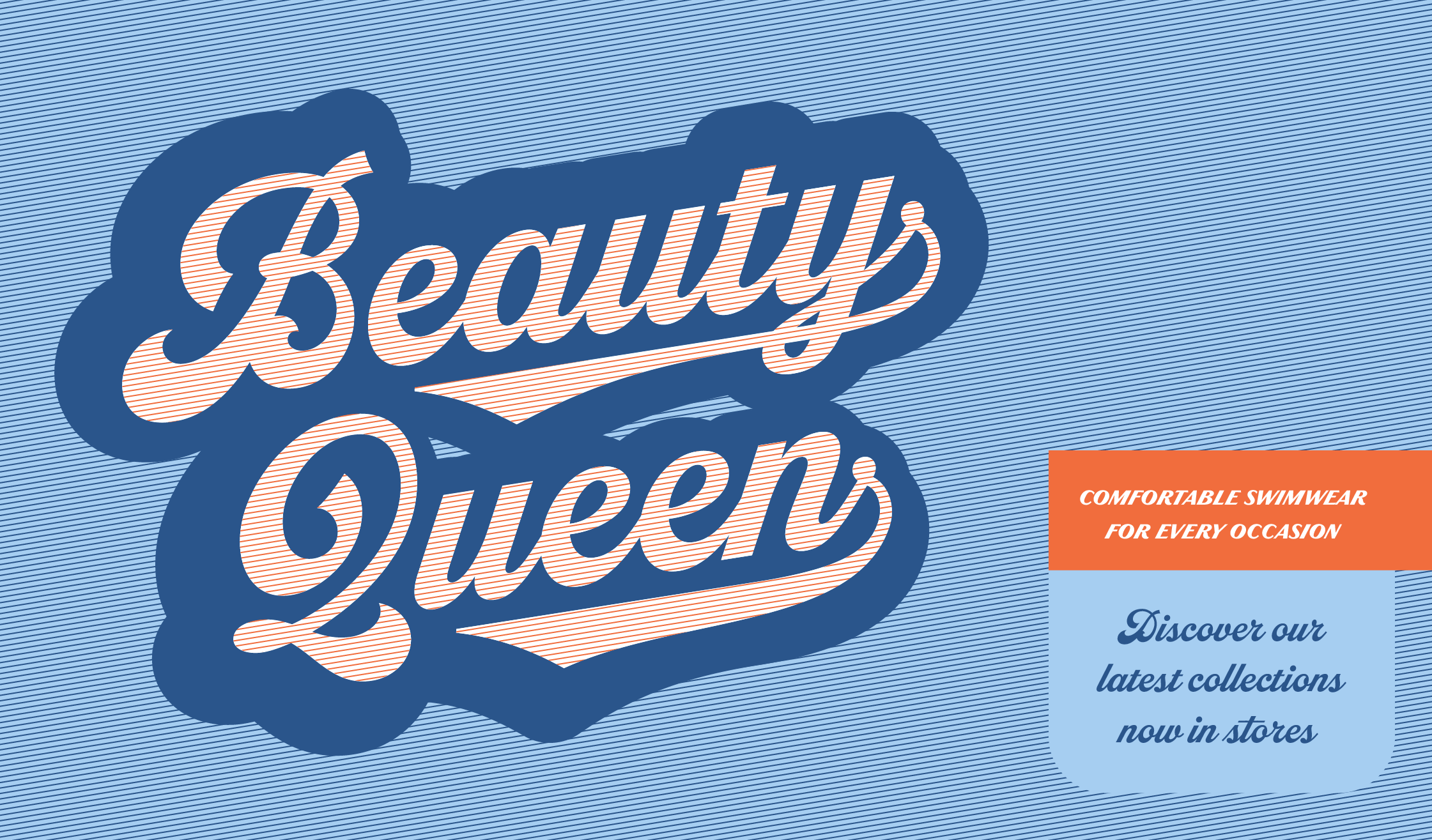 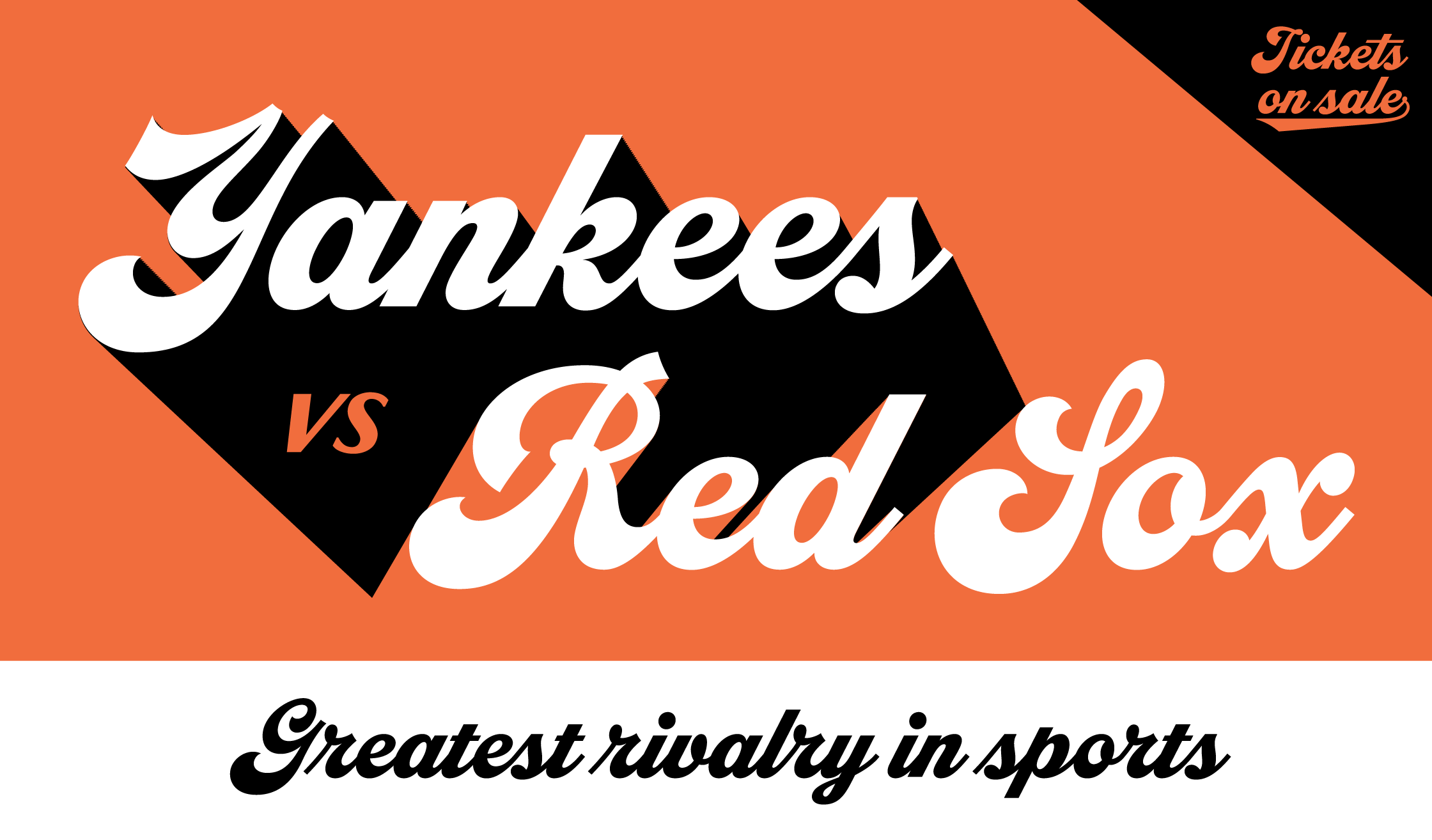 A typeface nearly 20 years in the making, Dreamboat is my take on the bold script style popular during the first few decades of the 20th century and revived later in custom lettering and logos starting in the 1960s, sometimes evolving into psychedelic or pop-art forms. Numerous familiar trademarks and brands still sport this style of lettering like Ford, Coca-Cola, Schlitz and any number of baseball club logos. The original single style would become the Bold weight and the full family expanded into six weights, ranging from Light to Black. There are numerous features like small caps, tails, and an alternate lowercase t with a high crossbar. Dreamboat is ready to knock your branding out of the park. 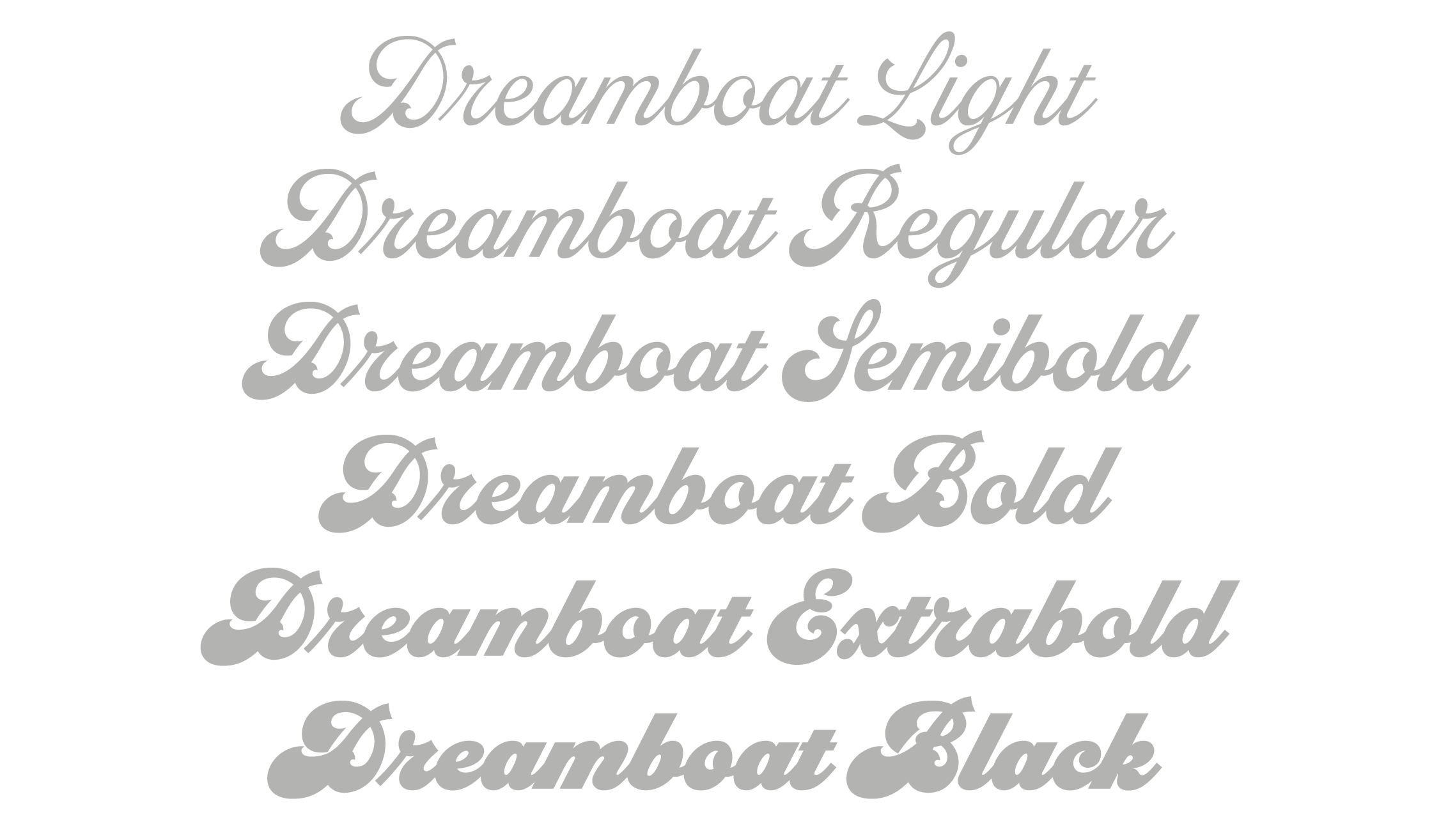