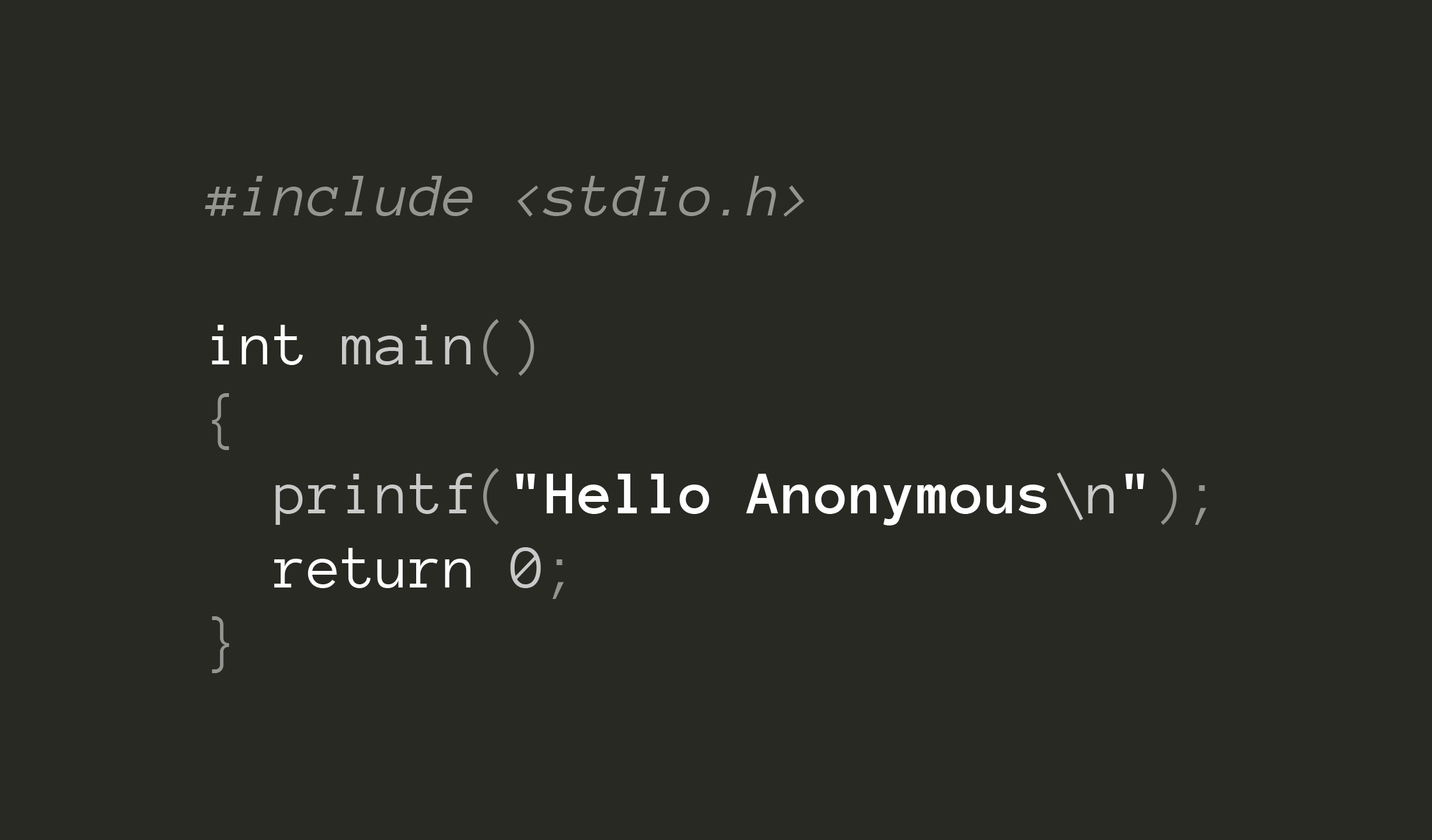 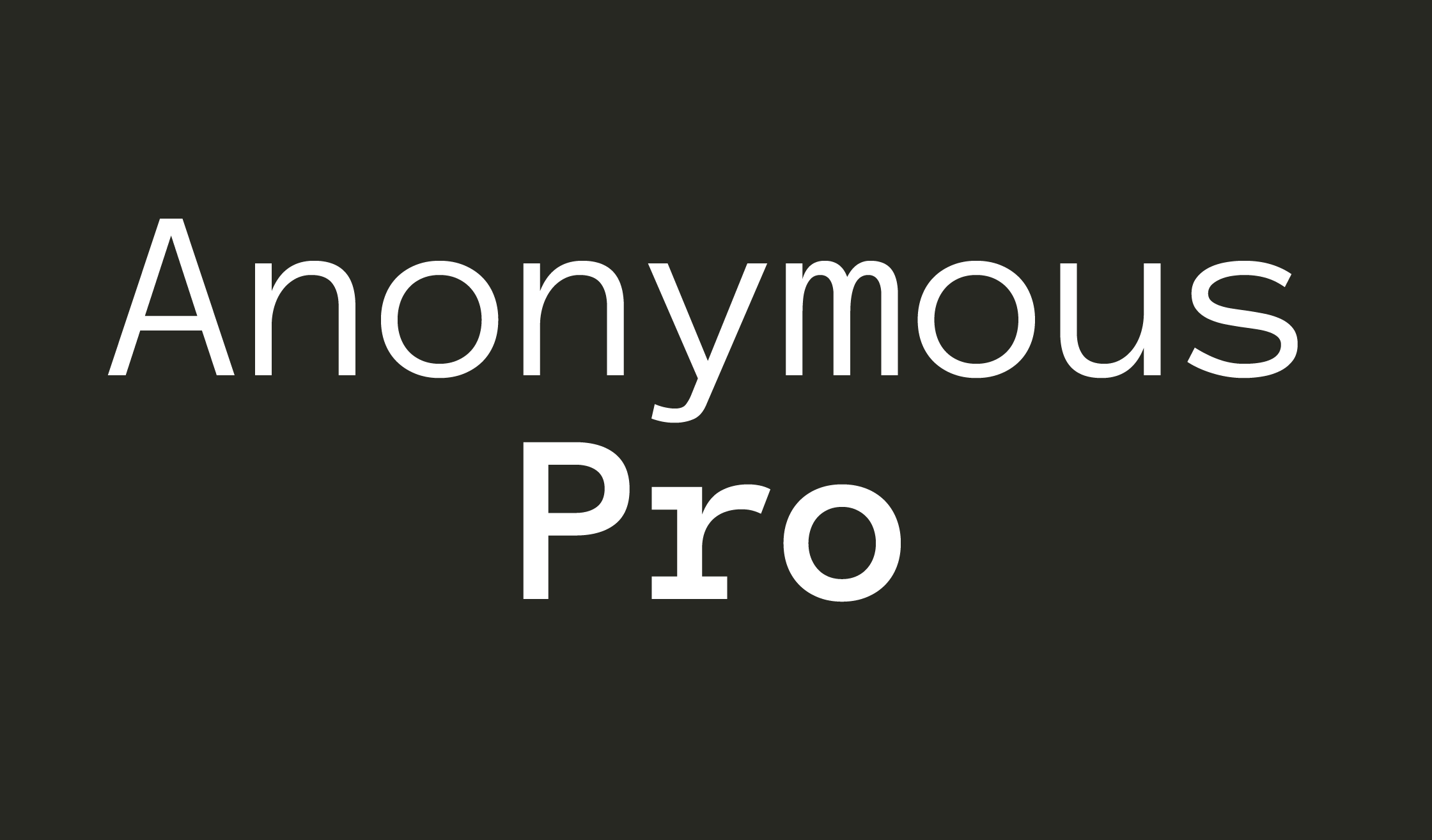 Anonymous Pro (2009) is a family of four fixed-width fonts designed with coding in mind. Anonymous Pro features an international, Unicode-based character set, with support for most Western and Central European Latin-based languages, plus Greek and Cyrillic. Anonymous Pro is based on an earlier font, Anonymous™ (2001), my TrueType version of Anonymous 9, a Macintosh bitmap font developed in the mid-’90s by Susan Lesch and David Lamkins. Anonymous Pro is distributed with the Open Font License (OFL).